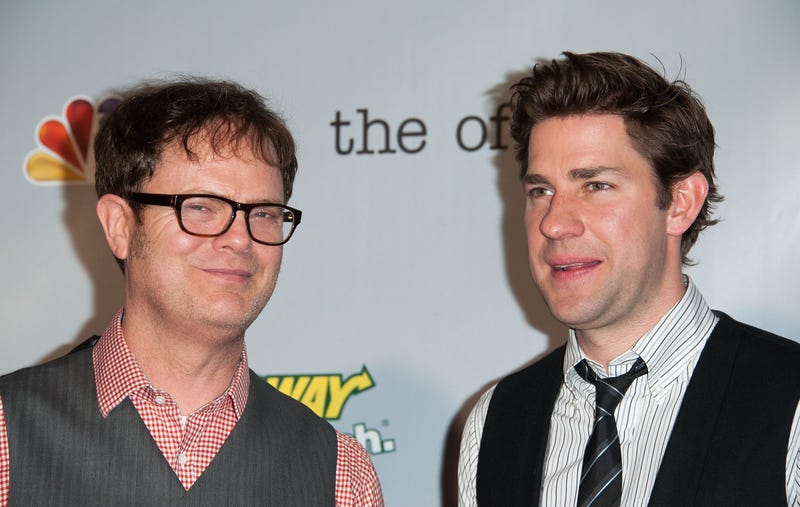 One of the best parts of 'The Office' was the pranks that Jim would pull on Dwight.

According to Jenna Fischer & Angela Kinsey, one of those pranks was a complete accident. During their podcast, they talked about the opening scene from the episode ‘Performance Review’.

During the cold open, Dwight is showing Jim all the things he can do with his new fitness orb. Jim now annoyed then proceeds to pop Dwight’s bubble resulting in a hilarious fall.

Jenna explained that the fitness orb wasn’t supposed to pop and that it was supposed to deflate gradually over time.

“Ladies and gentleman, it was not meant to pop. The idea was that John would stick the scissors into the fitness orb, it would deflate very slowly, and the camera would be in front of Dwight’s desk and you would see him just very slowly sort of melt to the floor as Jim very smugly looks on. That was what was in the script.”

Fischer said that everyone on set was shocked that it didn’t go accordingly, even after they rehearsed it three times and did 13 takes.

“You can see the shock on Rainn’s face, and he fell to the floor. We were all completely shocked, like, ‘Oh my god.’ And you can totally see John break … and very quickly, because he’s such a pro, he turns his back and just like leaves.”

Watch the clip below and keep an eye out for John Krasinski’s shocking reaction.