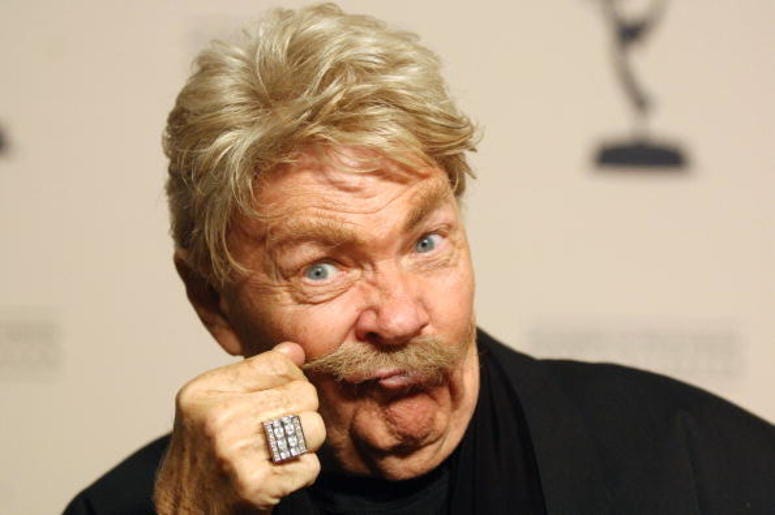 The world is experiencing slightly less laughter today after the passing of a comedy legend. Rip Taylor, known for his flamboyant attire, handlebar mustache and confetti throwing antics passed away on Sunday. The cause of death is unknown at this time. He passed away at 84 years old after suffering a seizure last week.

Rip Taylor, the confetti-tossing actor and comedian, died on Sunday, his publicist said. He was 84. https://t.co/zSglZDLC7u pic.twitter.com/T4ivYlmEqk

Born Charles Elmer Taylor, Rip Taylor had been in the intensive care unit at Cedars-Sinai Medical Center in Los Angeles after suffering a seizure last week, according to his publicist. After serving in the Korean War, Taylor began his comedy career, rising to fame in the 1970’s thanks to his wacky costumes and props. Rip Taylor made many appearances on the ‘Gong Show’ and the ‘Ed Sullivan Show’ before getting the chance to act in movies later in his career.

Rest n Peace Mr. Taylor. Loved you, grew up watching you. Thank you for all the laughter you brought me. 🙏🏾 Rip Taylor Dead: Flamboyant Comic, Host of 'The $1.98 Beauty Show' Was 84 https://t.co/x99u23lBid

RIP TAYLOR was an original and bursting with funny and energy .. good bye !!

Many comedians, actors and fans went to social media to pay their respects to the Hollywood legend. “The greatest joy he had in life was the result of making others laugh. He didn't have an easy childhood. Abused and bullied, he said he discovered early, that they weren't hitting you if they were laughing,” said Taylor’s publicist. Taylor may be gone, but his confetti throwing antics and high energy performances will live on forever.