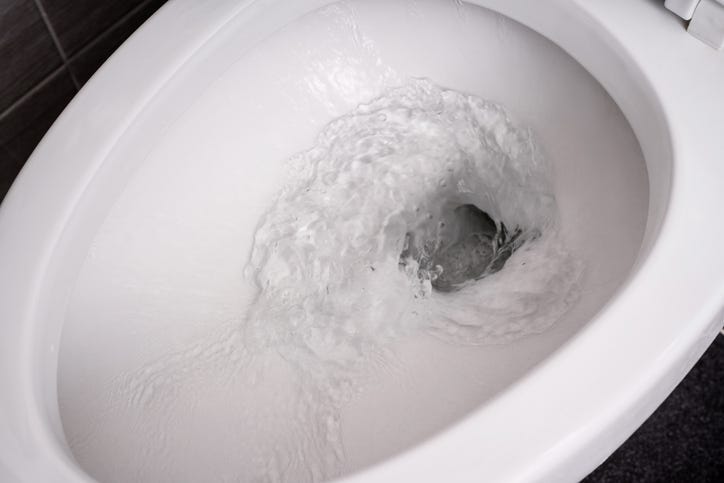 Not too many of us have encountered a snake in a toilet, but it occasionally happens.

A family in the U.K. is still a bit shaken up after finding a 4-foot long Royal python in their toilet bowl. Homeowner Richard Grant told the Mirror that his wife was sitting on the toilet when they found the snake. She ran out the restroom screaming that there was a snake in the toilet.

“I realize it was a very rare experience, but every night I close the toilet lid and put a weight on top. We were all in a state of shock and not very keen to go back upstairs.”

Grant called his friend who used to own a snake; he was able to get the snake out of the toilet, afterward, he took the python to a pet shop. Even now it’s hard for Grant to talk about his family's snake encounter.

“I'd say the shock, on a scale of one to 10, was about 15. It was horrible - so creepy. Even now I can’t talk about it without coming out in goosebumps.”

Hopefully, their home has a second toilet they can use, one that doesn't have a snake problem.