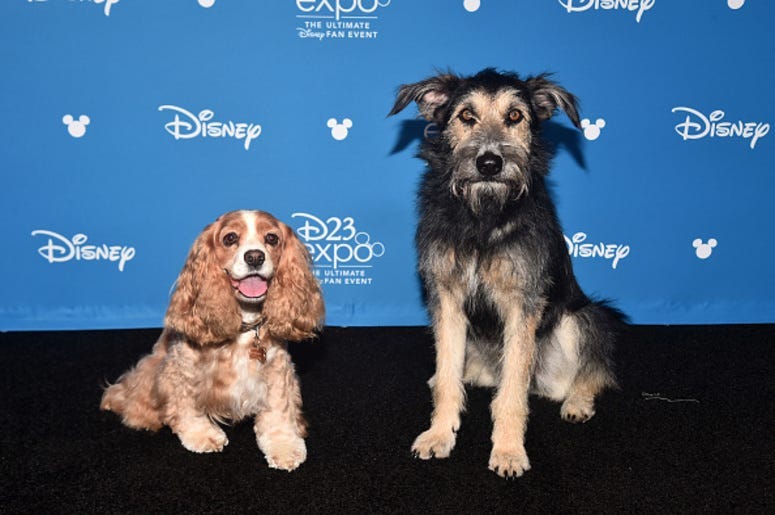 Every day could be an adventure. Watch the new trailer for Lady and the Tramp, a reimagining of a timeless classic. Start streaming November 12, only on #DisneyPlus. pic.twitter.com/YW3vtXzvJy

The new ‘Lady and the Tramp’ will be available for streaming on November 12th, when Disney+ launches. This will be the first of the Disney live-action remakes that won’t go to movie theaters first. Instead, the company decided to keep the movie for their new platform to encourage fans to sign up for the subscription service.

Look at the cute cast for the rest of the dogs for Lady and the Tramp! Confirmed that the dogs' lips will move when they talk thanks to a look at the trailer. Lots of shots replicated from the animation #D23Expo #DisneyPlus pic.twitter.com/6g59io9BsF

They just showed the trailer for the live-action LADY AND THE TRAMP. This one uses real dogs (although there are a few tricky shots that looked like LION KING-ish CG creations). We did not see the dogs kissing. I feel weird being disappointed by that.

While some fans were discouraged by the animated mouths for the dogs, most were excited to get a glimpse in the soon to be released live-action film. ‘Lady and the Tramp’ will star Justin Theroux and Tessa Thompson. All the dogs in the film were rescued, and have now found forever homes, thanks to their new celebrity status.