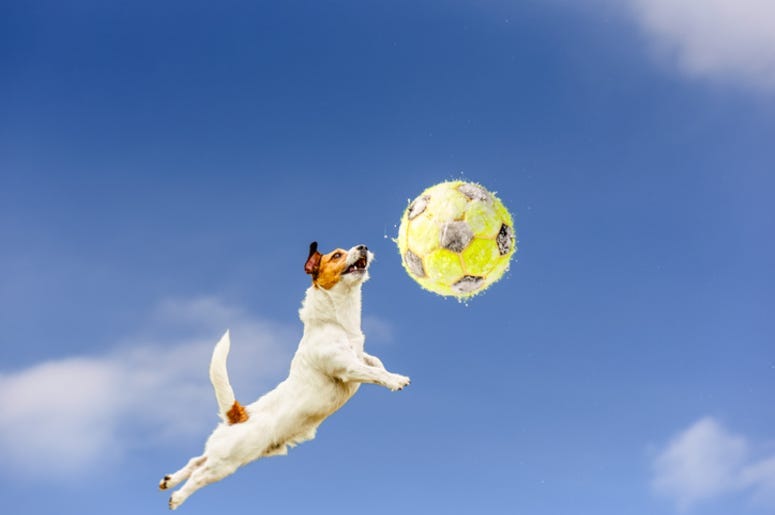 When a fan runs on to the field during a sporting event, the game is stopped for safety, but when a dog manages to get on the field the game is stopped because it’s too adorable to keep playing. A dog has gone viral after somehow making its way onto a soccer field during a professional game in Turkey. The dog can be seen running up to the ball, and playing with it before it is finally removed from the field.

A pitch-invading dog earned praise for its ball skills from a live TV commentator after it held up play in a professional Turkish soccer match https://t.co/V2KJ8Jwfor pic.twitter.com/4BneYQ10Kw

Soccer fans in Turkey were in for an adorable surprise on Sunday when a dog ran onto the field and distracted players as everyone tried to remove the dog and continue the game. As seen in the video, the dog runs up as one player gets ready for a free kick. The dog begins biting the ball as players converge.

Eventually, someone tried rolling a ball off the field to distract the dog, but it returned seconds later expecting the ball to be tossed once again. Eventually a player walked up to the dog, picked it up and walked it off the field. The game would eventually begin again, but many fans were just hoping to get another chance to see the soccer playing dog.