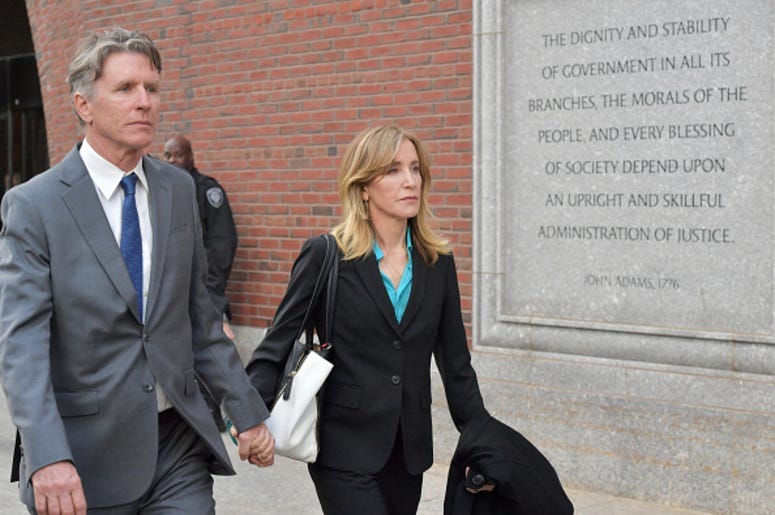 Hosting an award show is a difficult, but coveted job during award season. However, the person the show gets to announce off camera during the show usually has the hardest job. During this year’s Emmy Awards, that duty went to comedian Thomas Lennon. While many jokes fell flat leading to social media, along with Lennon himself, commenting on the role he played, one joke seemed to win everyone over. After ‘RuPaul's Drag Race’ drag race accepted an award, Lennon gave a special shout out to Felicity Huffman, and any other Emmy winners watching from prison.

As the 71st Primetime Emmy Awards rolled along on Sunday, many on social media were commenting on the confusing, and sometime unnecessary comments made by Thomas Lennon as winner walked to the stage to accept their awards. However, one of the highlights of the night came when Lennon took a shot at Felicity Huffman and Lori Loughlin. As the camera cut back to Lennon he said, “The producers have asked me to give a special shout-out to any of our previous lead actress winners who are watching tonight from prison.”

Did the #Emmys just shaded Felicity Huffman and Lori Laughlin?? I’m here for it!! pic.twitter.com/ceybZWl2JI

Many on social media quickly pointed out the joke as one of their favorite moments of the night. While other jokes by Lennon didn’t do as well, his college admissions scandal joke may go down as the best from the 71st Primetime Emmy Awards. Hopefully anyone watching the show form prison wasn’t too offended.