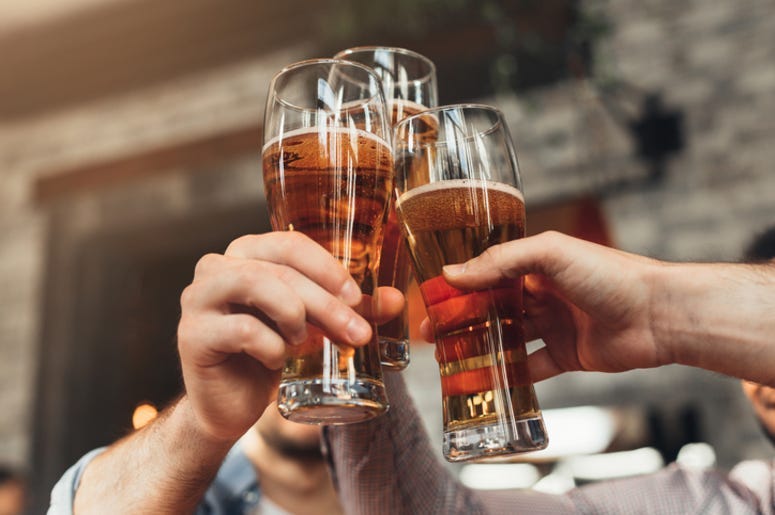 Most people can only dream of getting to have a beer while they work. For one beer-loving worker in Michigan; that dream is now a reality. Thanks to an office in the same building as a restaurant, the man, known only as Sam, thought of the perfect way to get free beer during work. He placed a sign in the window that read “Please send beer to Sam on floor 3. Thank you!” and soon enough the drinks started coming.

Customers at the New Holland Brewing’s Knickerbocker in Grand Rapids, Michigan have recently noticed a sign sitting in the window of the third story of the restaurants building. The sign, which asks customers to bring beer up to the third floor for “Sam,” has led to a flood of customers sending beer up to the office. According to the restaurants general manager, “We keep the score updated there at 85. That's the current count of gifts he’s had in about a year. So, he’s saving some money!”

The office, which apparently is rented out by an advertising agency, has an employee named Sam Hoats, who claims to be the Sam in question. “I’m looking up at where my desk is and thinking, Man, could I angle some text and make it readable?'” Hoats said of how he thought of the genius idea. His sign has been so successful the restaurant is now thinking of making a special “Third Floor Sam” brew. His sign was clearly a success, but hopefully some work is still getting done.