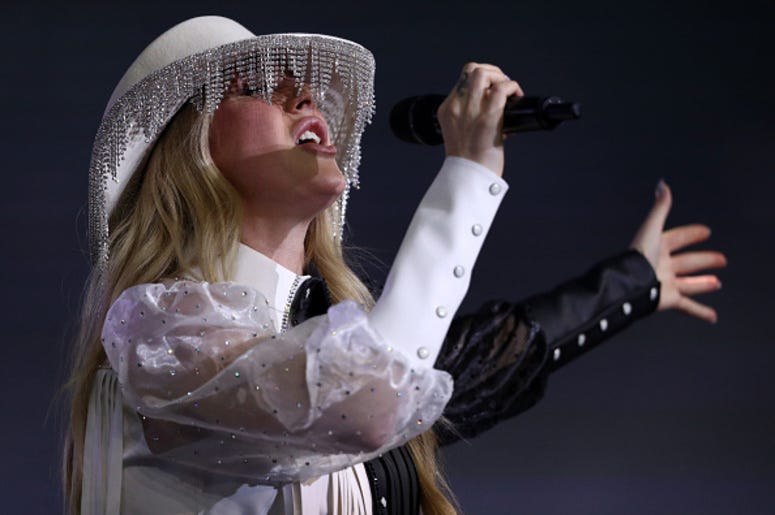 Thursday’s Dallas Cowboys game gave fans plenty to complain about on the field, but what had viewers in the biggest uproar during the game occurred during halftime. Singer Ellie Goulding performed during the game’s halftime show, but it was her attire that caught most fans’ attention. Many on social media were quick to make jokes about Goulding’s “lampshade” look during her performance.

Ellie Goulding’s halftime performance dealt with controversy before it even began, as the singer threatened to back out of the show. However, the real controversy occurred during the performance, as many on social media started making jokes about Goulding’s attire the moment the show started. The main target was the singer’s hat, which was a cowboy hat with an edge rimmed with what appeared to be diamonds or rhinestones in a dripping fashion, covering her eyes.

Cowboys: You can’t have a worse performance than our 1st half

Many on social media pointed out that Goulding looked like she was wearing a lampshade over her head. Of course, this led to plenty of jokes about not wanting to see the Dallas Cowboy’s poor performance. While the game didn’t end the way Cowboy’s fans would have liked, at least they got a good laugh during the halftime show.