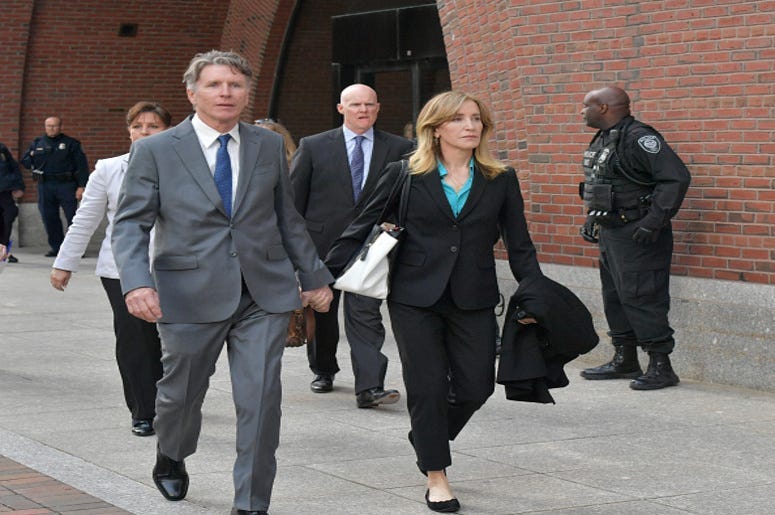 JUST IN: Actress Felicity Huffman has reported to prison. https://t.co/UjrNX7kxbY

Felicity Huffman’s two week prison sentence also comes with a fine of $30,000 and 250 hours of community service. The sentence was handed down by U.S. District Judge Indira Talwani last month after the actress admitted to paying for someone to proctor and correct her daughter's college board test. Huffman will have to serve the entire 4 days as there is no time off for good behavior in federal prison for sentences of less than a year.

The Oscar nominated actress is the most famous name tied to the FBI’s “Operation Varsity Blues.” Along with 50 other parents charged, actress Lori Loughlin was also involved too, and is expected to receive a longer prison sentence than Huffman. Situations like this are constant reminders that if you can’t do the time, don’t do the crime.