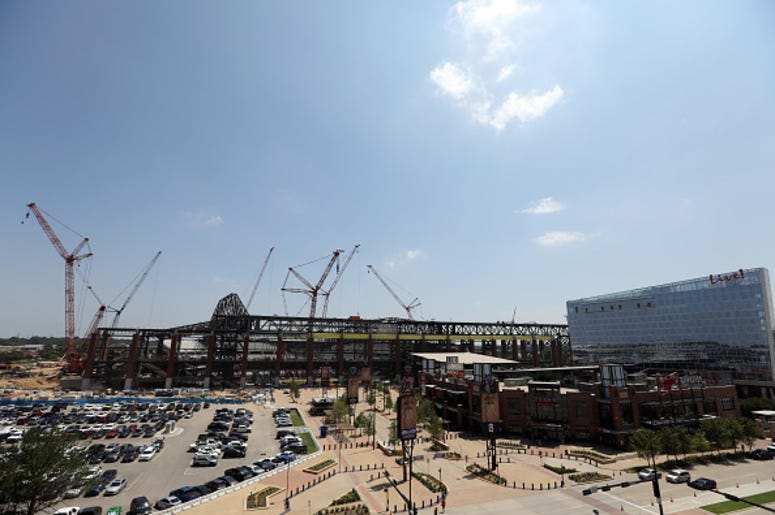 Smoke was seen billowing out from the roof of the Texas Rangers new ballpark, Globe Life Field, in Arlington on Saturday. The fire at the new ballpark, which is still under construction, has been contained.

This is coming from the new Rangers ballpark right now. pic.twitter.com/iKxDlCitQa

It is unknown at this time what caused the fire at the new ballpark. According to Texas Rangers spokesperson, John Blake, the fire took place in the upper concourse area, but did not have an exact location.

Luckily, both fire and smoke have been contained, and delays are not expected for the Texas Rangers’ new 1.7-million-square-foot stadium. Hopefully this means the stadium plans to add some fire to next year’s team.