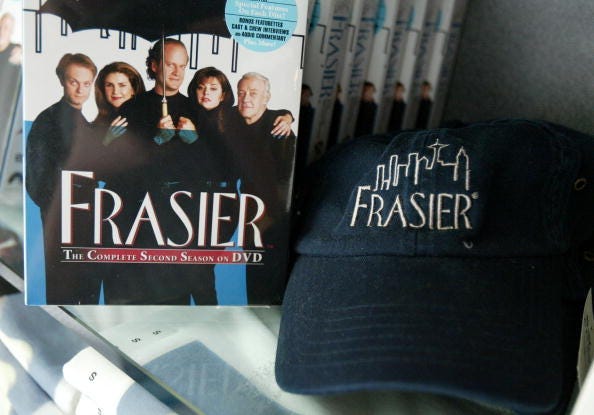 Some of the best television shows from back in the day have been making a come back recently, ‘Will & Grace’, ‘Fuller House’. Now it looks like ‘Frasier’ could be next.

While appearing on ‘In Depth with Graham Bensinger’, Kelsey Grammer talked about the impact 'Frasier' had on television and even mentioned that production on a revival series could start as soon as spring of 2020.

"We've hatched the plan, what we think is the right way to go. We're sort of on standby a little bit working on a couple of possible network deals that we're circling. And Frasier is sort of in a second position to that at this point. So, there's still stuff going on, but a revisit to Frasier's world is, I think, definitely going to come.”

Grammer said that he’s ready and that they are currently looking for a network that would be willing to revisit ‘Frasier’.

"It's ready to go. We just have to staff it and find somebody who wants to give us money for it. You never know — the business is funny, it's a funny world, but I think there's a couple of outlets who would actually be interested in revisiting.”

You can check out the full interview in the video below.