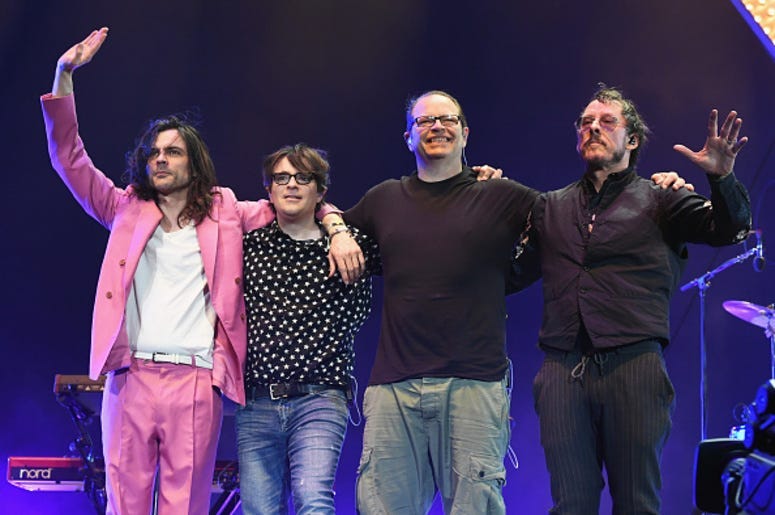 By now, most have seen one of their favorite artists driving around Los Angeles singing their hits alongside James Corden in ‘Carpool Karaoke.’ However, now that the segment from ‘The Late Late Show’ has been turned into its own series, many other celebrities are getting in on the fun. In the latest episode of the new Apple TV+ series, comedian Fred Armisen joins Weezer to sing some of the band’s classic hits.

In our newest #CarpoolKaraoke, @Weezer & Fred Armisen don't just sing in the car — they perform music on a flatbed trailer as it makes its way through the streets of Los Angeles.

Watch it now for FREE on the @appletv app!https://t.co/NVvRxYQ6cy pic.twitter.com/8fFPmCbPrH

Weezer, hoping in the car to promote their latest album and upcoming stadium tour, seemed very comfortable with their driver, as Armisen is well versed in the rock community. The teaser clip starts off with the group struggling to get on the same page on ‘Buddy Holly.’ The group then goes through hits such as ‘Can't Knock the Hustle’ and covers of ‘No Scrubs’ and ‘Africa.’

The band’s upcoming album, ‘Van Weezer,’ will be released in May, just ahead of the start of their Hella Mega stadium tour, alongside Fall Out Boy and Green Day. For fans that can’t wait, luckily they have this latest episode of ‘Carpool Karaoke’ to hold them over. Based on the clip, the band is just as ready as you are.