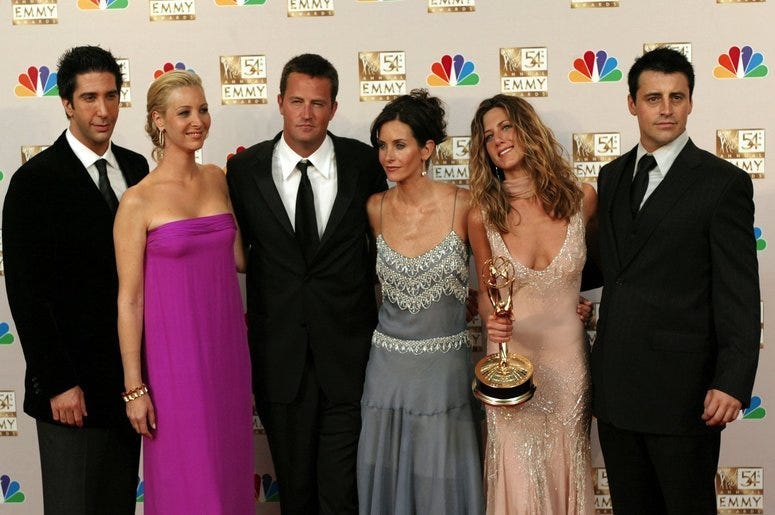 After months of rumors, it appears a ‘Friends’ reunion is finally going to happen. Just a few months back the soul crushing news that talks of a reunion were stopped disappointed fans, but now it seems a deal is just a few signatures away. According to Deadline, the entire cast will get together for an unscripted reunion special on the upcoming HBO Max streaming platform.

25 years after ‘Friends’ launched on NBC, rumors are Jennifer Aniston, Courteney Cox, Lisa Kudrow, David Schwimmer, Matt LeBlanc and Matthew Perry have all signed on for an hour long special. It is being reported each cast member will receive between $3 million and $4 million for the reunion special. Earlier this week, Matthew Perry teased fans with a tweet saying “big news coming.”

Not much is known about the reunion special yet, but it is supposed to set up HBO Max’s rights to the entire ‘Friends’ catalog. The show’s original creators and executive producers, Marta Kauffman and David Crane, are expected to be involved in some way. While fans will have to wait for more information on the ‘Friends’ reunion special, at this point it’s looking like a sure thing.