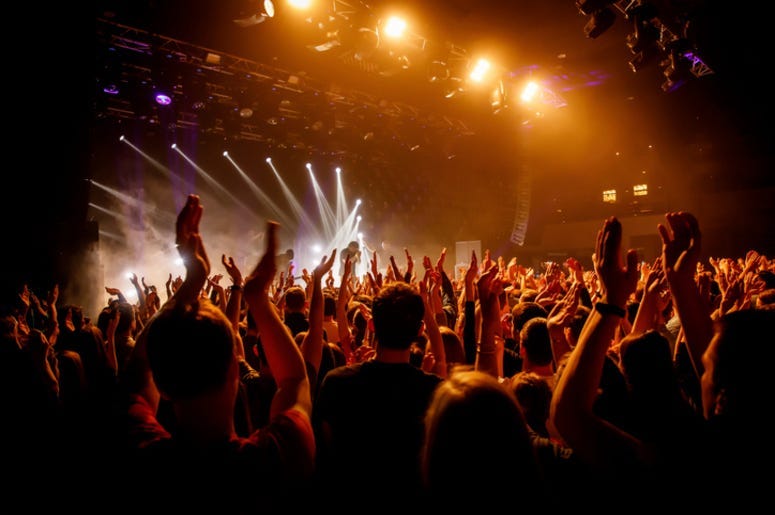 Everyone enjoys getting to see their favorite band or music artist perform live, but the day after the concert is always a struggle. While one’s ears may be popped, and throat may be soar from yelling after a concert, a study reveals it may actually be healthier to attend concerts frequently. In a study done by O2, experts found that going to a concert every two weeks can add nine years to your life.

The study, which was led by Behavioral scientist Patrick Fagan at Goldsmith university found that after only 20 minutes of attending a concert, one’s well-being factor increased by 21 percent. This is higher than walking your dog or doing yoga, which sees an increase of seven percent and ten percent respectively. The study found that going to concerts frequently not only improves happiness, but it also has the potential to make you healthier and significantly extend your lifespan.

Adding nine years to your lifespan is definitely an added bonus of going to concerts frequently, but that’s not all it does. The study also found that concerts help boost one’s feeling of self-worth along with the feeling of being close to other people by 25 percent. If there wasn’t an excuse to go to as many concerts as possible, now there is.