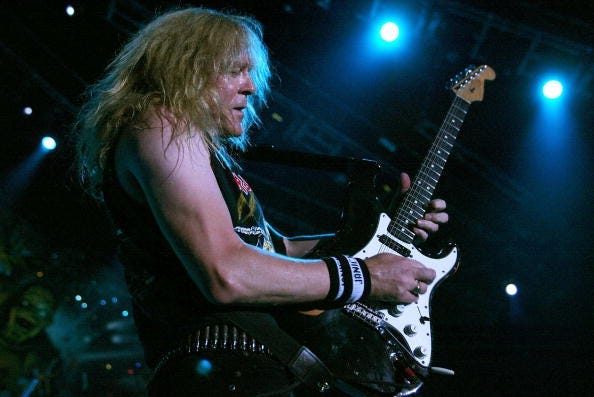 Iron Maiden sure can put on a memorable show. Looks like this security guard won’t forget the time he worked an Iron Maiden concert.

While the band was in San Antonio last week, guitarist Janick Gers performed his signature windmill twirl with his guitar. At one point Gers lost control and launched the guitar into the crowd. He ended up hitting one of the security guards out in front.

A concertgoer told Blabbermouth that the security guard was shocked by the flying guitar.

Check out the video below of the moment when Gers accidentally threw the guitar.