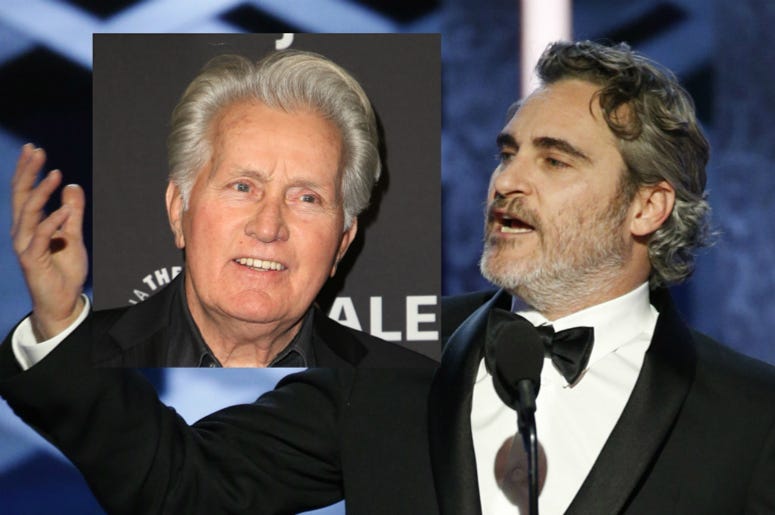 All of the stars were out at the "Fire Drill Friday" rally on Capitol Hill yesterday (Friday 1/10/19): it's just that some of them got arrested.

Joaquin Phoenix (Joker) and Martin Sheen (The West Wing) were two of the 147 individuals arrested on the Rotunda steps of the U.S. Capitol Building: they were charged with crowding, obstructing or incommoding for apparent unlawful demonstration activity.  They were bringing awareness to environmental issues: like climate change.  Phoenix and Sheen aren't the only stars to have been detained for their work in the recent protests: Ted Danson, Sally Field, Rosanna Arquette, Diane Lane and organizer Jane Fonda have been arrested, too.  Jane Fonda spent one night in jail back in November, after her fourth arrest.

Check out some of the Hollywood stars in the videos below.

Joaquin Phoenix: "I struggle so much with what I can do [to combat climate change] at times. There are things that I can't avoid -- I flew a plane out here today, or last night rather. But one thing that I can do is change my eating habits." pic.twitter.com/RaZILYq0La

Listen to this incredible speech from OUR President, Martin Sheen #FireDrillFriday 🔥 pic.twitter.com/Z7HxNkovR8