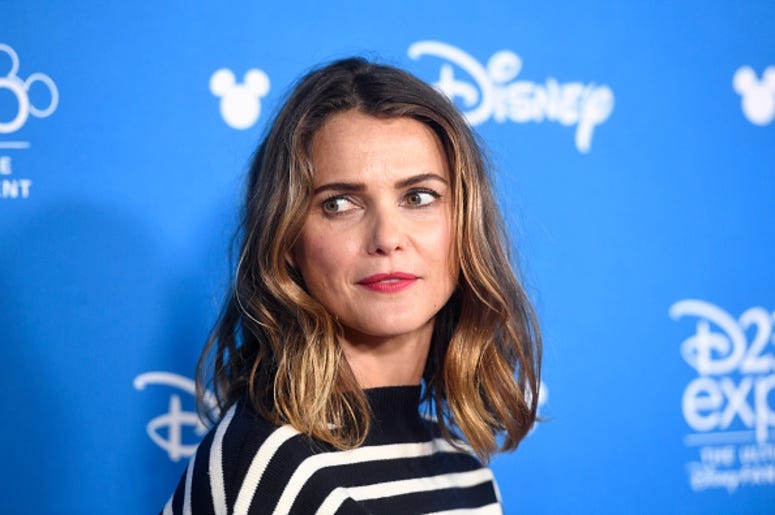 The release of ‘Star Wars: The Rise Of Skywalker’ is only one week away, and fan anticipation is officially at an all-time high. The film’s cast has been going to all the stops promoting the final movie in the Skywalker saga. While plenty of news has been made during these appearances, Keri Russell’s recent ‘The Tonight Show’ appearance may top them all.

The actress was asked by host Jimmy Fallon to try out some iconic Star Wars impressions, and she did not disappoint. While the impressions weren’t exactly spot on, they gave everyone in the audience, and online, a good laugh. Her first attempt was Yoda, which Fallon referred to as “Irish Yoda,” followed by Darth Vader and Chewbacca.

Keri Russell is so having so much fun on this Star Wars press circuit and I love it so much. She is truly a gift for all us.

Russell, who plays Zorii Bliss in ‘The Rise Of Skywalker,’ gave it her best shot, but it’s probably a good thing doesn’t have to voice any of those iconic characters. Outside of her hilarious impressions, the actress did a good job at not spoiling anything from the upcoming film. With only one week left until it hits theaters, fans couldn’t handle any accidental spoilers.

music
The Reel Buzz: Disney CEO says there’s no 'going back' to the old way of watching movies
sports
T.J. Hockenson says Matt Stafford is the best player he's ever been around: 'Everybody loved him'
news
¿Deben recibir dos dosis de la vacuna de COVID-19 las personas que ya tuvieron el virus?
news
8 podcasts to help you get through the last bit of winter
sports
NBA player props: 3 best bets for Wednesday, March 3
music
Halsey confirms pregnancy was planned, hits haters: 'Why is it ok to speculate and pass judgment?'