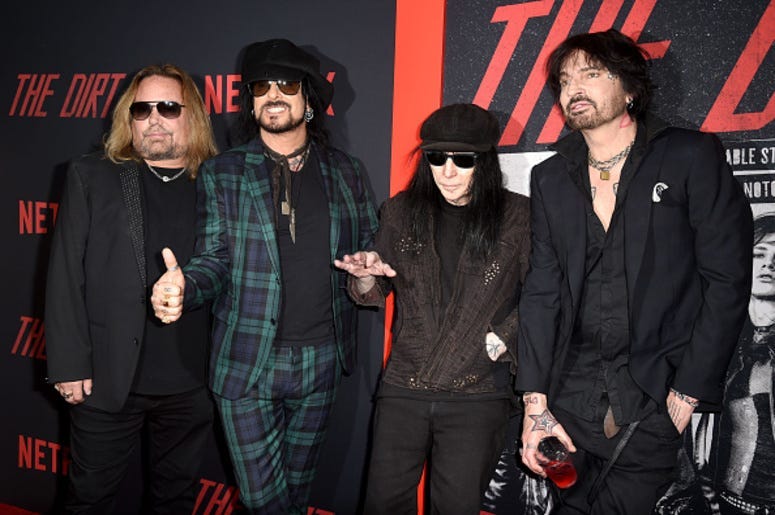 It seems just about every classic band is getting back together for a reunion tour these days. One of the groups that have consistently denied rumors of a comeback is Mötley Crüe. Since the release of their Netflix biopic, ‘The Dirt,’ fans have been asking for the band to hit the road once again, and now the band is teasing fans by tweeting out a petition calling for a Mötley Crüe reunion.

The rumors of a 2020 Mötley Crüe tour are starting to intensify, and the band’s official twitter page didn’t help after tweeting out a change.org petition calling for the band to reunite. In their tweet the Mötley Crüe twitter wrote, “interesting…” At this time over 9,000 fans have signed the petition that calls declares “if the rumors circulating about a Motley Crue comeback are true, then let this petition solidify it. The new fans need a new tour, PLEASE COME BACK."

People these rumors are false. I haven’t spoken to any band member’s since movie premiere. I had to cancel shows due to back problems which I am getting treatment now. There is no tension between me and Tommy. Don’t believe anything from These so-called gossip sites. Keep Rocking

While fans continue to hope for a reunion tour, Mötley Crüe has consistently shut down these rumors. Earlier this year, it was reported a fight between Tommy Lee and Vince Neil is preventing the tour, but the two have denied that. Mötley Crüe hasn’t performed together since December 31, 2015, which was the end of their farewell tour. The band may bash other groups, like KISS for having multiple farewell tours, but hopefully for fans, Mötley Crüe has finally changed their mind.