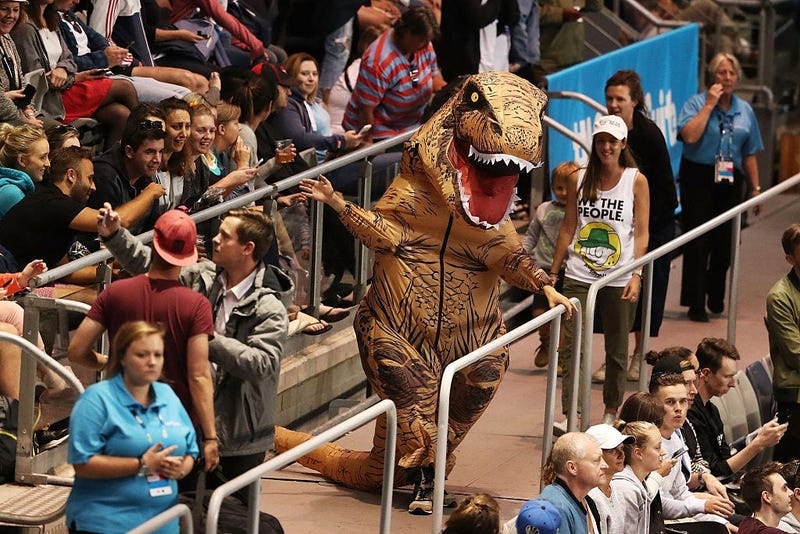 Its good to get some fresh air while staying in self-quarantine, its also good to remember some of the restrictions your local government has in place.

Police stopped a man in Spain for not following the partial lockdown that was in place. So far the country has reported over 11,000 cases of the Coronavirus.

The man was caught on video waddling around town in an inflatable T-Rex suit. An officer got out of his vehicle and walked up to the gentlemen. The two talked for a bit, then the officer sent him on his way.

The now viral video was used to remind residents to comply with the country’s travel restrictions. The local police department had a sense of humor about the situation and added the theme from Jurassic Park to the video.

During the country's partial lockdown residents are permitted to go on brief dog walks, but walking around in a T-Rex suit isn’t going to cut it. Check out the hilarious video down below.