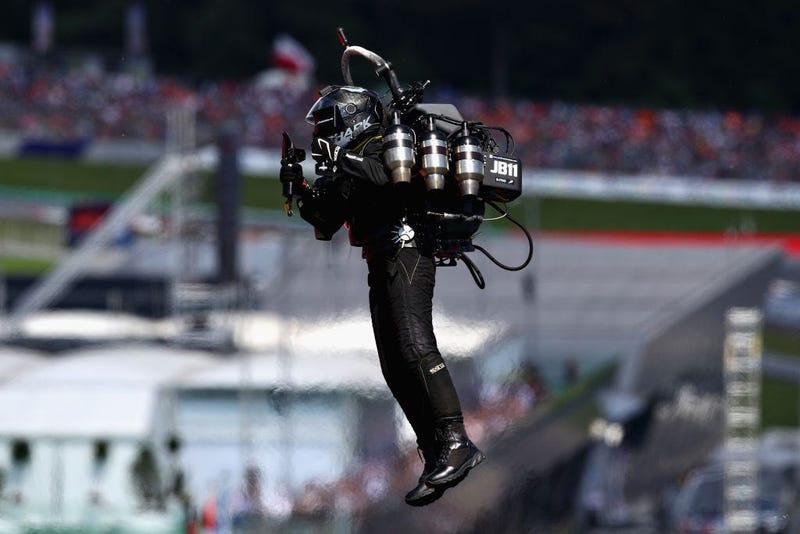 This guy is basically Tony Stark.

An inventor from Great Britain built his own jet pack, he’s flown it before and has traveled at a speed of 75 MPH. Now Richard Browning has set a new record for his jet pack.

Browning’s previously set a record of 32.02 MPH. He’s since upgraded his suit to make it lighter and much faster. During a recent flight test over England's Brighton Pier, Browning set a new Guinness world record fastest speed in a body-controlled, jet-engine-powered, wind-guided suit, traveling at a speed of 85.06 MPH.

After his flight he said he was surprised that he hit 85 MPH.

"I'm really pleased with today I've done 75 mph before kind of privately in testing. I had hopes that we could get into the 70s here, on the day, in the conditions that were going to be whatever they were going to be, but to go, then, even 10 miles an hour even faster than I'd ever been before, couldn't be happier."

Browning told CNET he has dreams of hitting speeds of 150 MPH one day.

"That's just the beginning, we can go way faster. We're going to do that in steady, sensible kind of steps. 85's pretty good for now."

Check out the video below of Richard Browning's high flying jet pack.