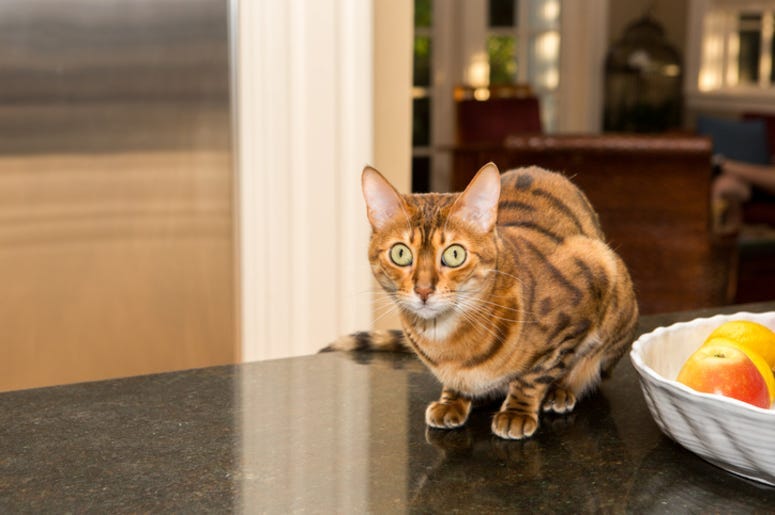 As awesome as owning a pet can be, it can also be extremely stressful at times. Animals tend to get into things, or break items without realizing what they are doing, but luckily the internet has a solution for everything. For one man that was figuring out a way to keep his cat off his kitchen, and the internet’s answer to his problem led to a hilarious viral video.

According to the man in the video, the solution to his cat problem was tin foil. “My cat won’t stop jumping up on the kitchen bench, so I googled ways to stop that. Apparently all you need is some tin foil,” said the man. The internet, along with many cat owners, claim cats don’t like the feeling or sound of tin foil under their paws, so the web recommended the man lay tin foil down on the counters to avoid the cat jumping up there.

As the video shows, the trick clearly works, as his cat attempts to jump on the kitchen counter, but reacts poorly the moment it steps on the tin foil. While some felt bad for the cat’s electric shock like reaction, most couldn’t help but laugh. Still, the cat walked away and didn’t attempt it again so clearly the tick works.