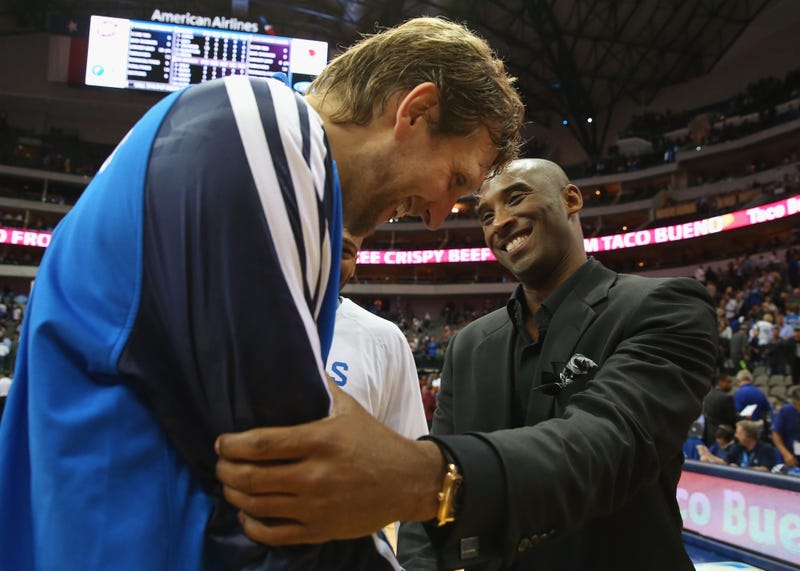 DALLAS (105.3 The Fan) - In the wake of the tragic passing of former Los Angeles Lakers Kobe Bryant and his daughter Gianna, the Dallas Mavericks announced their intentions to retire the number 24 on Sunday.

You will be dearly missed, Legend 🙏 No Maverick will ever wear 24 again. pic.twitter.com/GSrWUDcuFk

In a statement from team owner Mark Cuban, he expressed his deep sympathies to the Bryant family and revealed his intentions to immortalize Bryant's legacy.

“We are shocked and saddened by the devastating news of the passing of Kobe Bryant and his daughter, Gianna," the statement read. "Kobe was an ambassador for our game, a decorated legend, and a global icon. Above all, he was a loving and dedicated father."
“Kobe’s legacy transcends basketball, and our organization has decided that the number 24 will never again be worn by a Dallas Maverick."
“Our hearts go out to all the lives lost and the families impacted by this terrible tragedy. We send our thoughts and prayers to Vanessa and the family, the Lakers organization and Kobe Bryant fans everywhere.”

Bryant's helicopter crashed early Sunday morning en route to his daughter's basketball practice at Mamba Academy. There were a total of nine people on board at the time of the crash. None survived.

Bryant was 41 years old. His daughter Gianna was just 13.