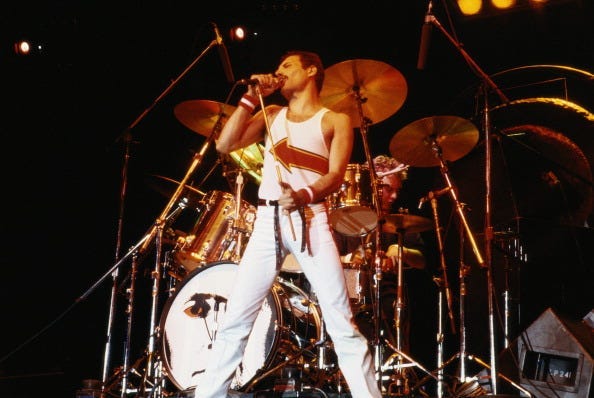 Let’s face it we’ve all sung ‘Bohemian Rhapsody’ in the car by ourselves more times than we’d like to admit.

Now Queen wants to see how well you can sing their songs. In honor of the first live performance of ‘Bohemian Rhapsody’, the band has partnered with Google to bring us a new app called ‘FreddieMeter’.

You start by selecting one of four Queen songs. You can choose ‘Bohemian Rhapsody’, ‘Don’t Stop Me Now’, ‘Somebody to Love’, or ‘We Are the Champions’. As guided lyrics appear on the screen, you sing for about a minute until the app tells you how much you sound like Freddie Mercury. The FreddieMeter determines your score based on your pitch, melody, and timbre

Queen is encouraging fans to challenge three friends to see how well they do, using the hashtag ‘#freddieChallenge’.

Think you have what it takes? You can click HERE to use the desktop version.