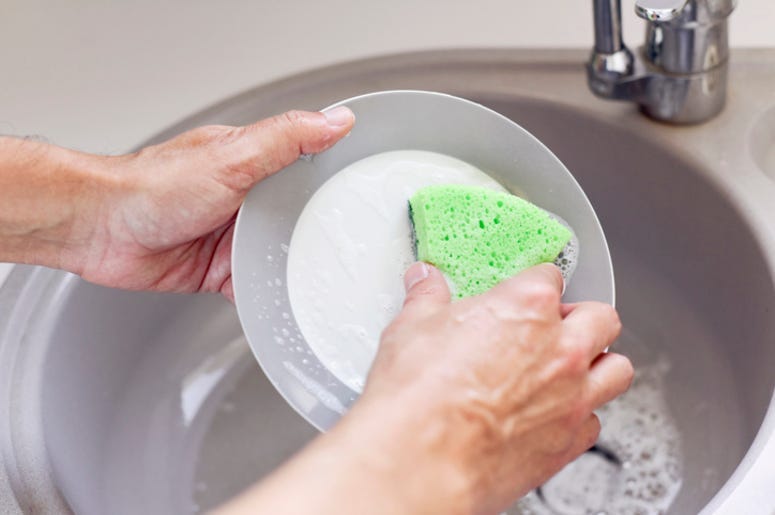 For some parents, it’s never too early to have their kid start working. For one mother, apparently nine months old is the perfect age to have a child start helping around the house. In a recent viral video, a mom shows her young child stationed at the sink, hilariously helping to wash dishes.

Arabia-Iman Tillery was at her mother’s house recently, when her nine month old son started “being fussy” before his nap. To help occupy his attention, the boy’s grandmother suggested having him help with dishes. “My son loves water and was being fussy before a nap, so [my mom> decided to let him ‘wash dishes’ to help calm him down,” said Tillery.

Learn him G’MA!! He is too cute

That's right, earn your keep. He needs to talk to these other lazybone babies. Just napping and enjoying.

It’s never “ too early” to learn. Babies are sponges.

In the video, the boy is seen lying on his stomach at the edge of a sink, holding a spoon and splashing around a pot of water. “It was a great idea because he loved it,” Tillery joked. While the attempt probably made dishes last longer, at least her son was able to calm down, and is now an Internet star.