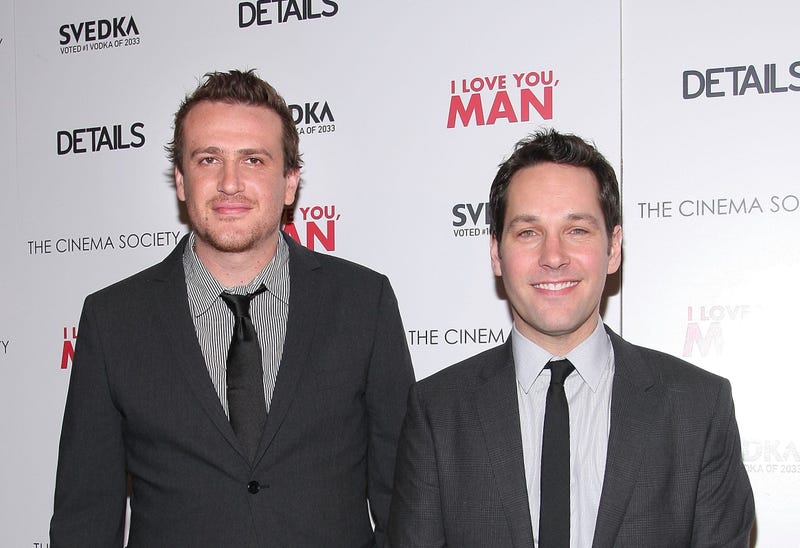 Actors Paul Rudd and Jason Segel have made it known that they are huge fans of the band RUSH through almost every character they portray on screen.

The two comedians are famously known for playing huge RUSH fans in the 2009 buddy-comedy ‘I Love You, Man’. They even reprised their roles and met the band in a short for ‘Funny or Die’.

When it was announced that RUSH drummer Neil Peart passed away on Friday, the two were left heartbroken. Segel told Rolling Stone that getting to meet Neil Peart was something he’ll never forget.

“I’m so sad to hear about Neil Peart’s passing. Drumming to ‘The Spirit of Radio’ was one of my happiest moments. Getting to know Neil even the tiniest bit, and gush with Rudd about our love for Rush, will be something I remember forever. He was an amazing talent and a good man. We will miss you Neil.”

Paul Rudd wrote an open letter about the time he got to meet Neil Peart and how the two began quoting ‘Team America’.

“When I first met Neil, I was intimidated as I certainly knew him to be a serious and private person. Within two minutes, we were cracking up and quoting lines from Team America. I’m missing him as I write this. Being the greatest drummer on the planet was only a part of Neil. He was a thunderbolt of a human being, and he’ll live forever.”