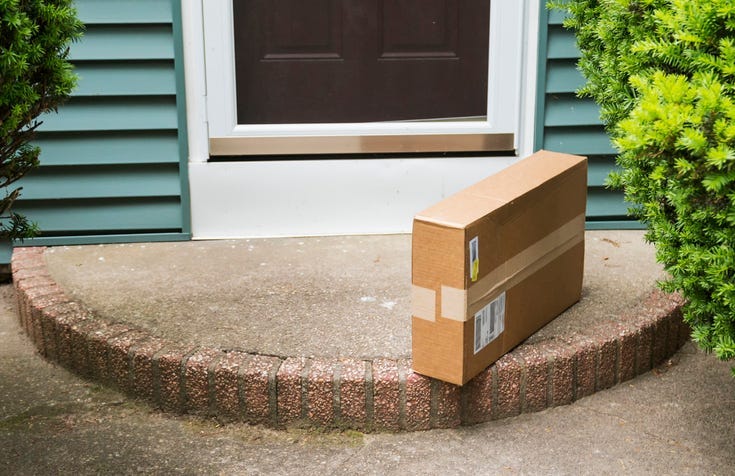 A family in Missouri had two of their packages stolen from their front porch in just one week.

After the family checked their security footage they saw that the same person took both packages. The homeowner who did not want to be named told NBC KSDK that they wanted to get back at the person responsible, but they also wanted to have a good laugh about the whole thing.

"I felt violated. It's not a good feeling. The best way to deal with things is to have a good sense of humor about it.”

The idea they came up with was to use their daughter’s dirty diapers.

"We put two dirty diapers in there, flipped them inside out, put them in the Amazon package, sealed them up, put them on the door."

The following day the thief returned and took the package. Unfortunately, they didn’t get to see the porch pirates face when they opened their smelly surprise. Luckily they turned over their security footage to police who were able to identify the female suspect and arrest her.

Way to serve up some stinky justice.