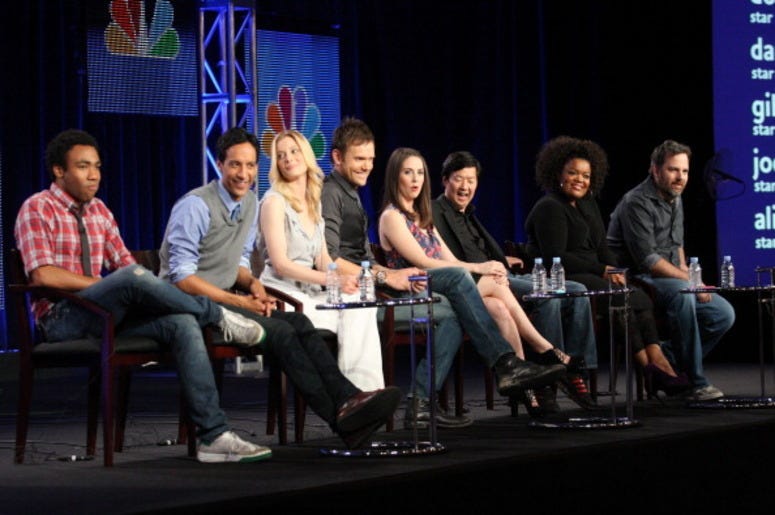 With all the reboots of classic television series happening lately, it seems shows are no longer ending their run with a movie. In the past, heading to the big screen was the best way for classic show’s to end their run. Now, a beloved show may be going back to the classic strategy, as opposed to returning for another season.

During a recent Q&A session on Reddit, actress Allison Brie teased fans of ‘Community’ when asked about a potential movie. According to the actress, fans of the show should “stay tuned,” as she recently received a call about the topic. This isn’t the first time Brie has floated the idea of a ‘Community’ movie as back in 2015 she said she was “more hopeful about a movie than a seventh season.”

donald glover when dan harmon calls him for the community moviepic.twitter.com/ESoHZ8boDe

Y’ALLLLLL THE WAY THAT NBC IS LITERALLY PREMIERING A STREAMING SERVICE AND THEY OBVIOUSLY NEED ORIGINAL CONTENT AND THE COMMUNITY MOVIE IS IN TALKS .... my hopes are so high

‘Community,’ which ran on NBC for five seasons and Yahoo Screen for one more, had a running joke throughout the show about bad shows consisting of “six seasons and a movie.” It appears show creator Dan Harmon is on board with that idea as well. There is still no official word on a ‘Community’ movie, but fans should still listen to Brie and “stay tuned.”