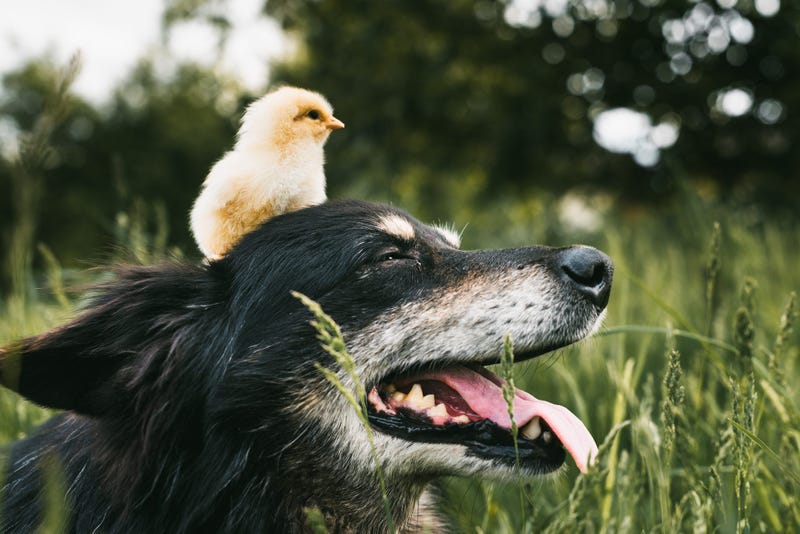 Who would have thought that a puppy and pigeon could break the Internet?

An 8-week-old Chihuahua who can’t walk named Lundy and a flightless pigeon named Herman became the unlikeliest of friends. The day before Valentine’s Day, an employee at the Mia Foundation, a non-profit animal shelter where the two are staying, took a picture of their residents together.

Their photos have since gone viral and have stolen the hearts of everyone on the Internet. The unlikely couple has somehow managed to bring in thousands of dollars in donations.

According to Sue Rogers who posted the pictures, people from all over the world have shared their post and have been donating. She told NBC affiliate WHECthe support has been insane.

“They just looked really cute together so I took some pictures and posted them to Facebook and the next morning it was crazy. Unbelievable that a simple, cute picture would go this crazy.”

She says she just took the two out of their pen get some air and thought they looked cute together.

“I took Herman out of his playpen to give him some time out and I put him in a dog bed and then I had to tend to Lundy so I put Lundy in with him. Just from a simple picture of a pigeon and a puppy being shared, we’ve already brought in over $6,000 in donations.”