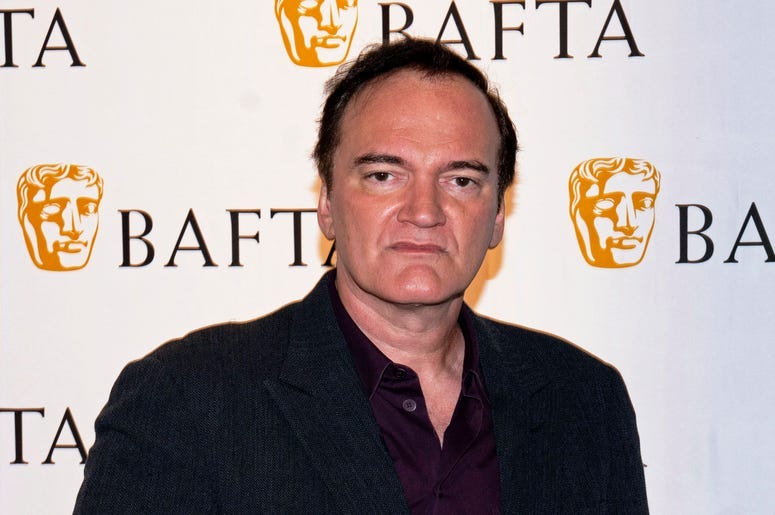 Quentin Tarantino has been teasing the fact that he will retire after making his tenth film for years. If that’s true, his next movie will be his last, but now the director says he has an idea that fans will be very excited about. Tarantino recently said he’d be open to making a third ‘Kill Bill’ movie and already has an idea of how to do it.

Rumors of a third ‘Kill Bill’ movie have been persistent since the release of ‘Kill Bill: Volume 2’ in 2004. While Quentin Tarantino has gone back and forth on the idea since then, the director now says he has an idea of what the movie would be about, though he didn’t share any details. Tarantino also said he recently had lunch with ‘Kill Bill’ star, Uma Thurman, and though he may have other things he wants to work on first, the next ‘Kill Bill’ is “in the cards.”

Ok but now i’m gonna need Quentin Tarantino to finallyyyy put Johnny Depp in one of his movies and that means Kill Bill 3 if that’s got to be his real last one ever, i DON’T CARE.#KillBill3 pic.twitter.com/j5nCu2TeXi

waiting for tarantino to release kill bill 3 like pic.twitter.com/eNgxFMJrOZ

I want Kill Bill 3 but i don't want Tarantino's last movie to be Kill Bill 3https://t.co/JFZW1c6J0M

Of course, Tarantino has said in the past his last film will be “epilogue-y” and somehow make note of the fact that it’s his last film, which a new ‘Kill Bill’ will seemingly accomplish. Still, the director says he has other things he wants to work on such as a play, a television series, a book, and even direct a ‘Star Trek’ film which has been rumored for years. Quentin Tarantino may say he’s retiring soon, but it seems the director still has plenty of content he wants to provide for fans.