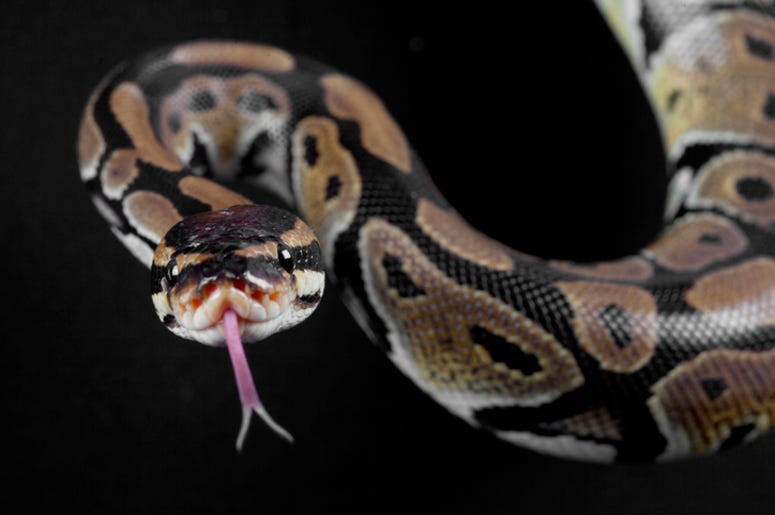 Alligators are no longer the only terrifying reptile roaming around the state of Florida. A record breaking, 98-pound 18 foot long, python was spotted recently at Big Cypress National Preserve in Ochopee, Florida. Luckily, the two people who spotted the massive python were members of the Florida Fish and Wildlife Conservation Commission's Python Action Team, and were able to capture the giant python.

The female snake, which measures 18-feet, 4-inches, is the second largest wild python ever captured in the state, according to the commission. It's only 4 inches shorter than the record holder.https://t.co/UMnb0bVaPP

Cynthia Downer and Jonathan Lopez were strolling through Big Cypress National Park, when they came across the massive python on September 22nd. The female snake was measured officially at 18 feet and four inches long. That’s long enough to become the second largest wild python ever captured in the state of Florida. If the snake wasn’t captured, it’s possible it could have added around 30 to 60 hatchlings to the population every time they breed.

The Python Action Team was created to capture Burmese pythons in the south Florida area. According to the commission, there have been over 900 pythons captured to this point. Luckily, there are people brave enough to hunt down these massive snakes.