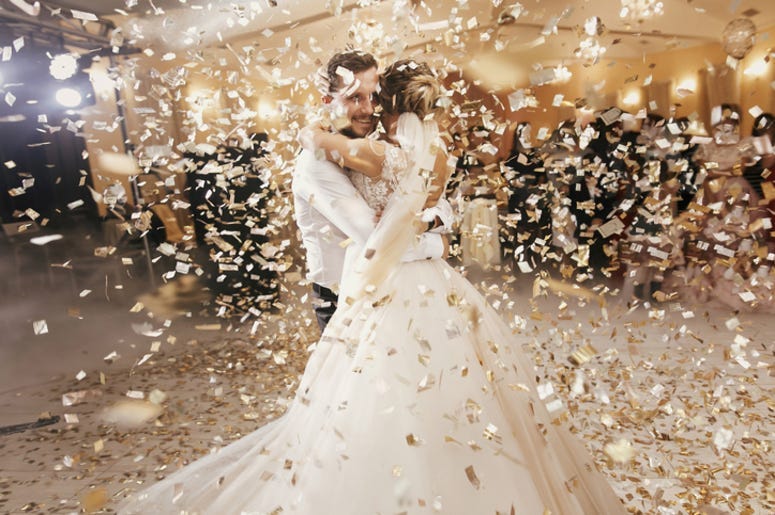 The first dance as a couple is one of the most popular wedding traditions, which is why plenty of newlyweds struggle with finding the perfect song to dance to. While some couples choose a popular song, or a song that has meaning to them, some just want a song that helps commemorate the moment. Based on a new study looking for the most popular first dance songs, the top choices for 2019 may surprise you

The study, done for WeddingWire’s 2019 Newlywed Report, found that 92% of the 18,000 surveyed said that the first dance was the “most popular tradition.” According to the research, some of the top choices in 2019 for first dance songs include Dan + Shay's ‘Speechless,’ Kane Brown's ‘Good as You’ and Lukas Graham's ‘Love Someone.’ The study found that one in four couples choose a country song to dance to.

Some other well-known wedding songs that continuously make the list include Ed Sheeran’s ‘Perfect’ featuring Beyoncé and John Legend and Cynthia Erivo’s rendition of ‘God Only Knows’ by The Beach Boys. Some songs that were favorites in the past have dropped this year including Ed Sheeran’s ‘Thinking Out Loud’ and John Legend’s ‘All of Me.’ Thanks to this study, the perfect wedding song shouldn’t be hard to find.