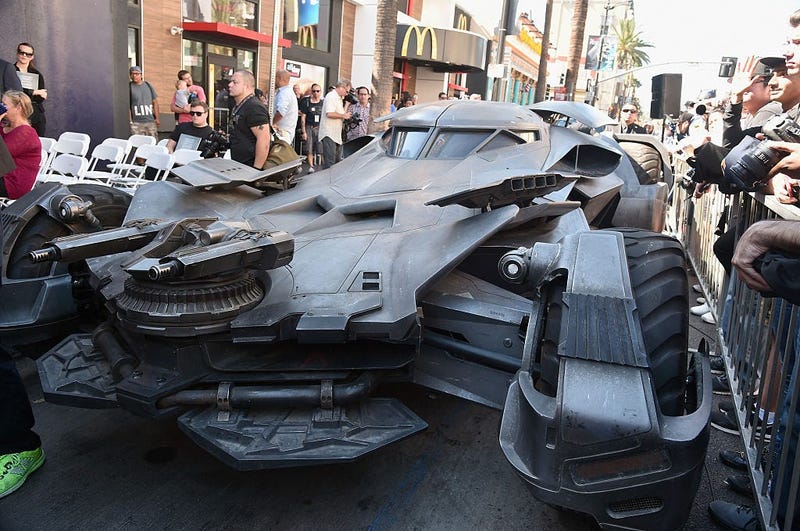 It's never fun to see your car to get towed away, it's even worse to watch your Batmobile get impounded by authorities.

A man in Russia purchased a replica of the Batmobile that was featured in ‘Batman V. Superman: Dawn of Justice’. While leaving it parked on a busy street in Moscow like any normal person would, police noticed the dimensions of the vehicles were too big for public roads.

According to a statement released by police, the owner never registered the vehicle.

The Moscow resident built the car in a private workshop but never registered or obtained a “certificate of approval” for the vehicle type, and doesn’t have clearance to operate it on public roads. “Traffic police officers using special technical measuring instruments measured the dimensions of the ‘car,’ which showed the excess of permissible norms.”

The owner of the Batmobile was left with a pretty sizable bill, he received three citations, and will have to pay $780 to the towing company, plus $35 for every day the vehicle is impound.

Video was taken showing police surrounding the Batmobile, check it out down below.