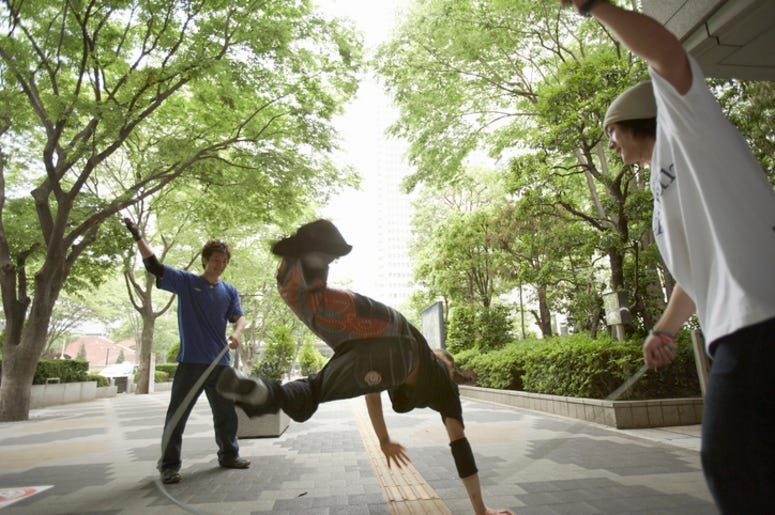 Just about everyone has attempted to jump rope at least once, but not many have done it this way. Students in China have gone viral for their massive group jump roping act. In the video, dozens of students begin swinging the ropes, in unison, while one brave student attempts to hope over all at once.

The video of the students jump roping was posted earlier this week, and has since been viewed over 490,000 times. Many online commented at the incredible spectacle, while others were left wondering how this act was completed. One twitter user joked, “The Hunger Games, but if you stop skipping you die.”

It's a pretty good workout for everyone involved. Takes an entire PE class to make it work! (We have HUGE PE classes here in FL)

The Hunger Games, but if you stop skipping you die.

Not much is known about the video other than the students come from Eastern China. Other than that, the internet is left to figure out how this incredible act was completed. Hopefully these students keep posting videos of their incredible group skill.