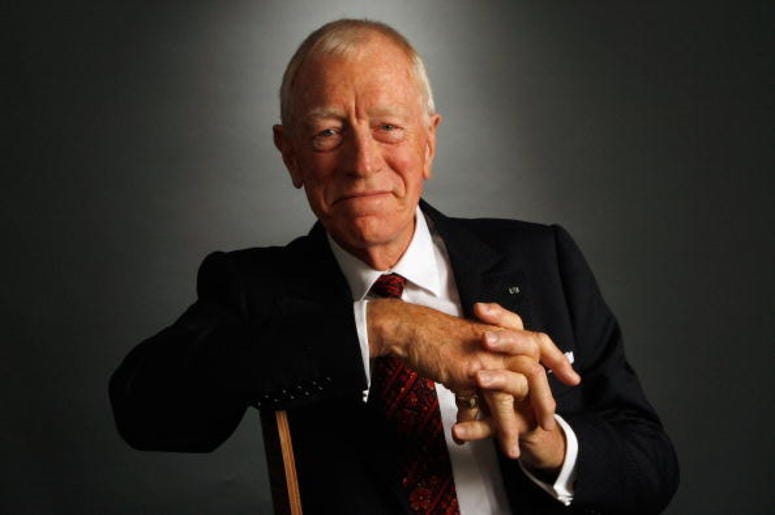 Hollywood lost an icon on Sunday, as it was reported that Max Von Sydow has passed away. Known for his roles in ‘The Exorcist’ and ‘Game of Thrones,’ Sydow had a very accomplished 70 year career in film and television. His death, at 90 years old, was first announced by his agent.

Known mostly for his role as Father Merrin in ‘The Exorcist’ and Emperor Ming in ‘Flash Gordon,’ Max Von Sydow had over 200 credits on his resume throughout his long acting career. “It is with a broken heart and with infinite sadness that we have the extreme pain of announcing the departure of Max Von Sydow," his wife Catherine said in a statement. Sydow most recently portrayed the Three-Eyed Raven in ‘Game of Thrones,’ Lor San Tekka in ‘Star Wars: The Force Awakens’ and voiced Klaus Ziegler on ‘The Simpsons.’

Goodnight, Max von Sydow, one of the greatest actors to ever grace the stage and screen, whose vigorous performances in films like THE SEVENTH SEAL will forever be carved into cinema history. 🖤 pic.twitter.com/yfg4Oer2zU

Sydow’s appearance in ‘Game of Thrones’ earned him an Emmy nomination, to go along with his two Academy Award nominations for his roles in ‘Pelle the Conqueror’ and ‘Extremely Loud & Incredibly Close.’ Born Carl Adolf von Sydow in Sweden, the actor had been appearing in films since his 20’s. Now gone, Max Von Sydow will surely be missed by many.