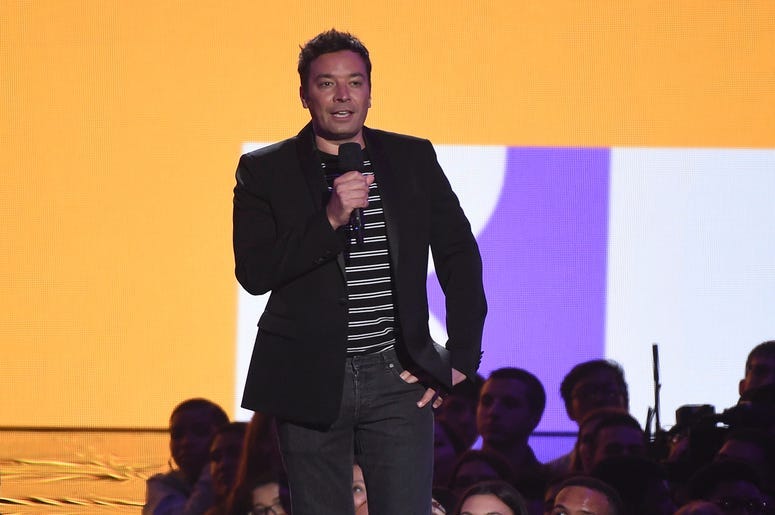 With Jimmy Fallon doing his show from the University of Texas last week, viewers knew the shows would be full of surprises. For three UT students, one of those surprises was life changing. Fallon brought three students on stage during the show in Austin and let them know Samsung would be paying the rest of their college tuition.

All last week, ‘The Tonight Show With Jimmy Fallon’ was in Austin doing their show from Bass Concert Hall. Taking the show to Austin meant a number of Texas themed surprises, but for University of Texas students, Alma Zamora, Elizabeth Yun, and Fitzgerald Alan the biggest surprise came thanks to Samsung. Fallon brought the students on stage, and told them they won an awesome package from Samsung, including a new phone. However, the real surprise came when he brought them in for a selfie.

I'm a first gen kid. a year ago i was crying in my dorm on the phone with my mom about how we were going to afford my stay at UT.

this year IM GETTING MY EDUCATION PAID FOR BY @FallonTonight

Since we're the Tonight Show and we're at UT, Samsung wanted to take it up a notch. Listen carefully. Samsung is going to pay for the remainder of your college tuition,” Fallon told the students. The three were in shock as the crowd went nuts, before embracing for a celebratory hug. Samsung worked with the university to find “academically successful student leaders." Now these students will have a huge weight removed from their shoulders for the rest of college.