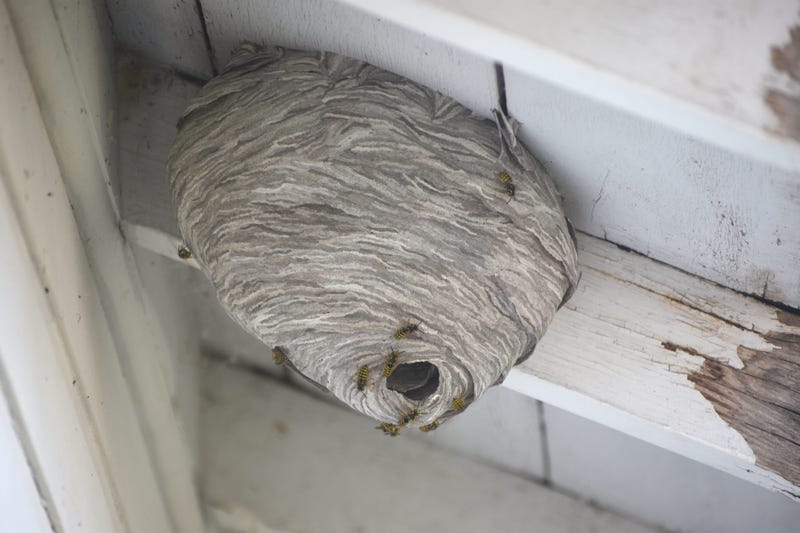 Did you know they sell wasp killer that shoots spray up to 25-feet away and kills bug instantly? Well, this guy didn’t know.

21-year-old Dave Schmida was visiting home from college when he noticed that there was a huge hornet's nest on a corner of the roof. He told the Telegram that he tried using a pesticide at first when that didn’t work he used some fireworks instead.

The firework did the trick and got rid of the hornet’s nest, only he had a new problem on his hands.

“So I brought out a Roman candle and it went up immediately.”

The nest was now on fire; Schmida raced upstairs with a fire extinguisher to put it out. Luckily he didn’t damage his parents' house too much, a few boards were slightly burned and there was now a small hole leading into the house.

“I did get rid of the bees, so I would say mission accomplished.”

While Dave was putting out the fire, his brother was recording everything that was going on. Check out the video below and watch how he started and put out the fire.