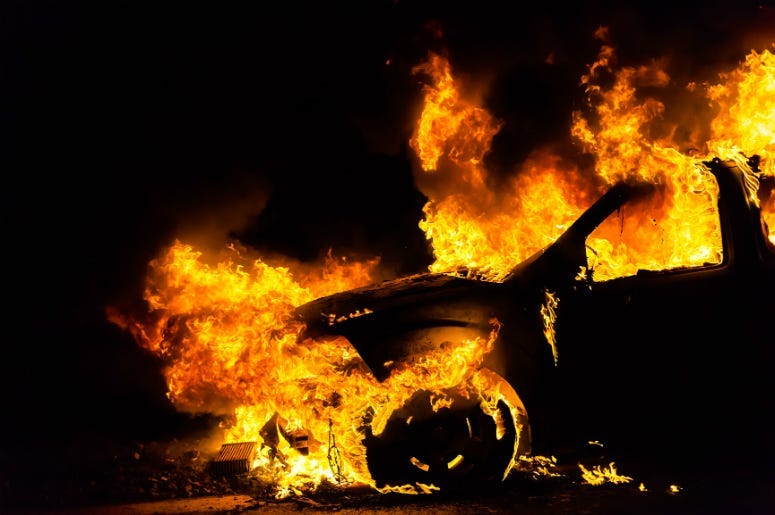 Glennwood Little is alive today because of the heroic actions of Edward Cyr.  Cyr was conveniently going out to dinner with his wife and jumped into action when he spotted Little's car bursting into flames.  The dramatic footage was caught in a traffic cam video recording: as seen below.

This all happened recently in Stafford, Connecticut.  While driving down the street outside of Stafford Town Hall, Little's car lit, and then exploded into a fireball of flames.  Cyr was driving by at that exact moment on the opposite side of the road, and quickly got out of his car to assist.  He went to pull Little out, but had to reach across and unbuckle him first.  Little received treatment for minor burns, as firefighters presented Cyr with an award for his bravery.

Apparently, the fire started because of a cigarette Little was smoking: it may have ignited some leaking gas cans that he just bought for his generator.