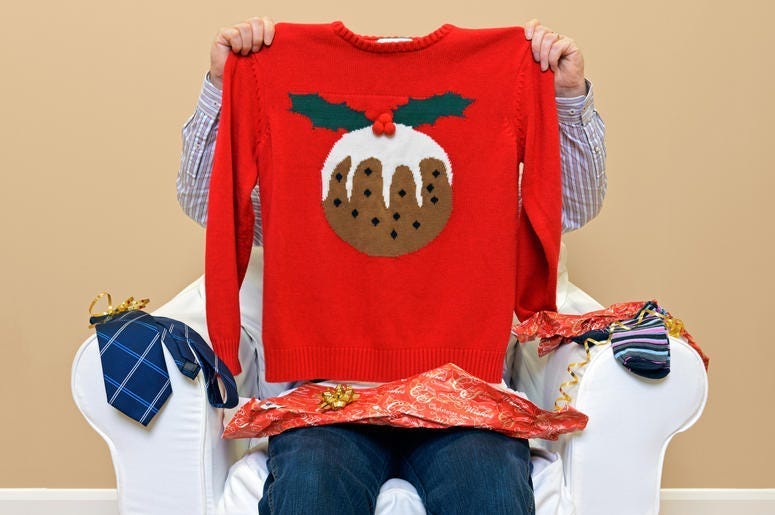 Looks like this Santa Clause likes to party hard.

Walmart put out an apology over the weekend after they received a handful of complaints regarding one of their ugly Christmas sweaters. The sweater in question featured Santa with a straw in one hand and three lines of Cocaine in front of him with the words "Let It Snow" written beneath.

The sweater has since been pulled off of Walmart's website. The retail giant put out a statement saying that this product does not reflect the values of the company.

“These sweaters, sold by a third-party seller on Walmart.ca, do not represent Walmart’s values and have no place on our website. We have removed these products from our marketplace. We apologize for any unintended offense this may have caused.”

The description of the sweater didn’t help either as it read:

“We all know how snow works. It’s white, powdery and the best snow comes straight from South America. That’s bad news for jolly old St. Nick, who lives far away in the North Pole. That’s why Santa really likes to savor the moment when he gets his hands on some quality, grade A, Colombian snow.”

music
Nicholas Pinnock of ABC's 'For Life' dishes on diversity and working with 50 Cent
news
WATCH: 2-year-old walks again in emotional moment after being paralyzed
sports
Raptors exec reflects on run-in with deputy: 'I lost a moment, others have lost their lives'
music
RADIO.COM LIVE Check In: The Black Crowes discuss their ‘very special’ reunion plans
music
Mariska Hargitay talks about the 'life-changing' moment she met Christopher Meloni
sports
Dez Bryant wants to play 2 more years, but says ‘Baltimore wasn’t for me’