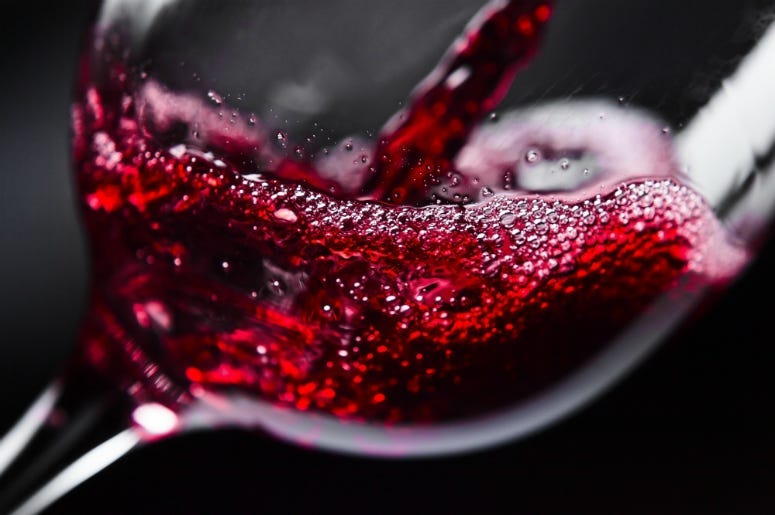 The residents of Settecani, Italy had a bit of a surprise when running their bathroom and kitchen faucets the other day.  Instead of water, red wine was flowing out.

The village in the Castelvetro area of Modena was inadvertently enjoying Lambrusco Grasparossa, a locally-produced wine, due to a fault at the winery: the wine was leaking from a silo into the water pipes.  The leak was so intense, that it displaced the water in the pipes.  Local water board technicians fixed the problem (boooo!).

A funny follow-up: before everything was fixed, residents hurried to bottle as much wine as they could.