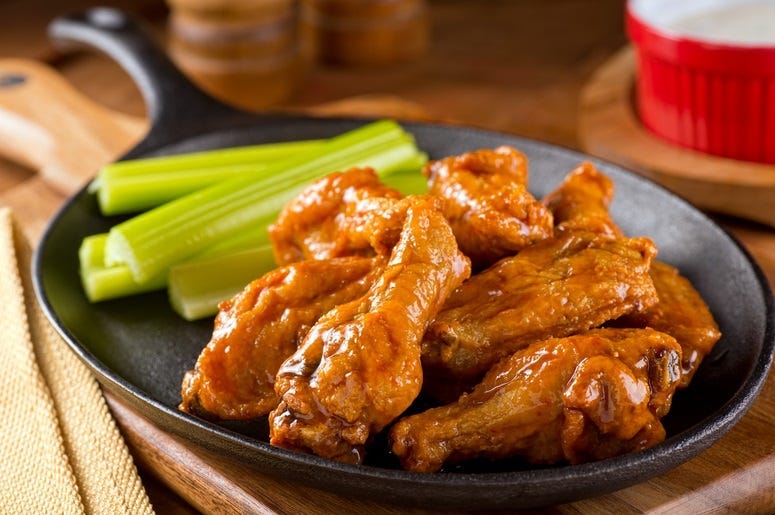 The Super Bowl is upon us, and most of the country settles in to the couch to watch the game, there will be one thing on everyone’s mind. It won’t be who will win, or what company will have the best commercial and it won’t be anything to do with Maroon 5’s halftime performance. The one thing everyone will be thinking about is; what will they be eating during the game?

While there are a number of staple food items at every Super Bowl watch party, there is one that rules them all: chicken wings. According to the National Chicken Council, Americans are expected to consume 1.38 billion chicken wings. This is an increase of more than 27 million from last year, in a number that has been consistently rising since data was first shared in 2011.

Did you know Americans will eat 1.38 billion chicken wings this #SuperBowl weekend? pic.twitter.com/ewl6OsyL1T

When it comes to chicken wings people are looking for quality, as the number of fresh wings, versus frozen, sold at grocery stores increased about $43 million in the last year. Online chicken wing sales the days leading up to the big day have also gone up, with that number expected to rise even more on Sunday. National Chicken Council spokesperson, Tom Super said, “Whether you’re a fan of the left wing or the right wing, there’s no debate — or controversial missed calls —about America’s favorite Super Bowl food.”

While most were surprised by the number of chicken wings that will be eaten during the Super Bowl, it didn’t come as a major shock to many. Chicken wings has become a staple of the big day, and regardless of sauce being applied, it’s a guarantee chicken wings will be at your party. One twitter user wrote, “the only meal anyone should eat during the super bowl is chicken wings fight me.”

Thursday: We discussed whether to order chicken wings for the Super Bowl.

Whether you are rooting for the Los Angeles Rams or the New England Patriots, there’s one thing everyone seems to agree on, and that’s more chicken wings. With 1.38 billion wings expected to be eaten, it’s no surprise Monday will be a big day for many to start a new diet. That’s Monday’s problem though, so come Super Bowl time, remember to sit back, enjoy the game, and eat your chicken wings with the rest of the country.