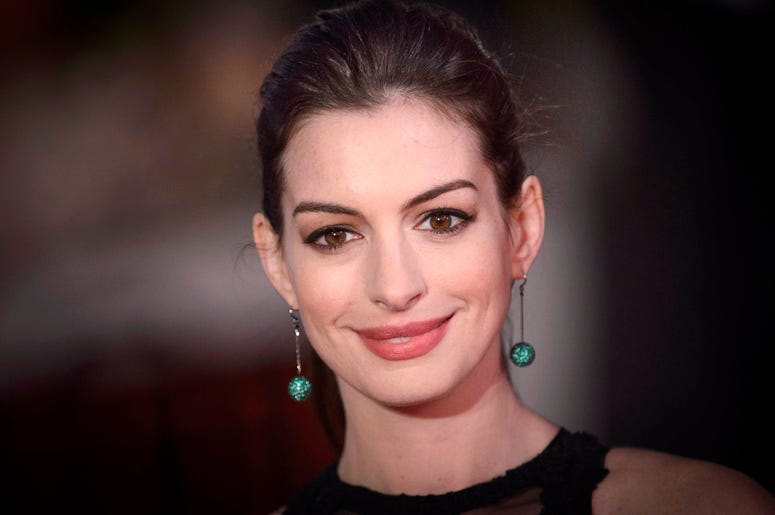 Anne Hathaway made an announcement this week that might have been a little too much for fans to handle. While on ‘Watch What Happens Live’ with Andy Cohen on Thursday, the actress was asked about one of her popular movie franchises, ‘The Princess Diaries.’ The actress confirmed that a script for a third installment of the series has been written, and most of the cast is on board. Fan reaction was quick and fierce with many overly excited about a potential return of Princess Mia Thermopolis.

Anne Hathaway confirms "Princess Diaries 3" is in the works, and Julie Andrews will be in it https://t.co/rKx4eYM8eH pic.twitter.com/WtuQ5T4oiz

During Thursday’s taping of ‘Watch What Happens Live’ a fan called in and asked Anne Hathaway, “Have you heard of anything about 'Princess Diaries 3,' since the author of the book said there's a script for the third movie?” Hathaway, not backing down form the question, gave an answer that not only blew the minds of fans, but Matthew McConaughey as well, who joined Hathaway on the show to promote their new movie, ‘Serenity.’

According to Hathaway, “I want to do it, Julie [Andrews> wants to do it, Deborah Martin Chase, our producer, wants to do it. We all really want it to happen. It's just we don't want to do it unless it's perfect because we love it just as much as you guys love it.” Fans gasped when Anne Hathaway first broke the news. Host Andy Cohen was just as surprised adding, “Our audience is very reactive. There's only 20 people, but they're very into it."

Fans were both shocked, and excited about the news Anne Hathaway broke on Thursday. While there had been rumors of a potential script for a third film, nothing had been confirmed. One twitter user wrote, “PRINCESS DIARIES 3 IS HAPPENING MY CHILDHOOD PRINCESS IS COMING BACK DON T TOUCH ME.” While there is a script, as Hathaway mentioned, nothing is official yet, but her and fellow cast member Julie Andrew, want to get this project done the right way.

PRINCESS DIARIES 3 IS HAPPENING MY CHILDHOOD PRINCESS IS COMING BACK DON T TOUCH ME pic.twitter.com/rK7JLHVL61

The original ‘Princess Diaries’ film was released in 2001, starring Anne Hathaway as a young girl who is informed that she is in fact princess of the small fictional country of Genovia. The sequel, released in 2004, followed Hathaway’s character on a quest to find love, and eventually ended with her becoming queen. Garry Marshall, who passed away in 2016, directed the first two films. It is unknown at this time who else is attached to the project, but Anne Hathaway breaking this news Thursday got fans now highly anticipating the third films eventual release.