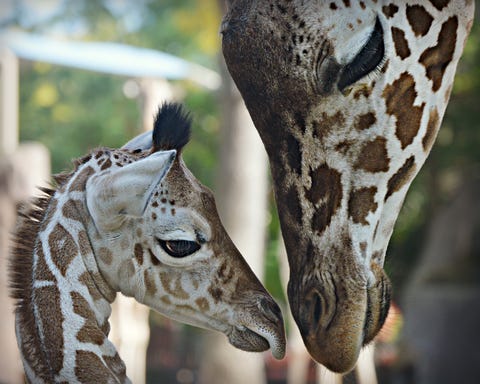 What is probably the most famous giraffe on the Internet, besides Geoffrey the giraffe, April gave birth on Saturday.

Last July The Animal Adventure Park in Harpursville, New York announced that April was pregnant again. By February the park confirmed that Aprils baby would arrive before the end of March, and they were right.

On Saturday morning April started going into labor. After the park shared the good news with the world, less than two hours later at around 12:40 p.m. ET, April gave birth to a healthy baby boy.

April’s birth was live streamed on YouTube and had more than 300,000 viewers watching. A name has not yet been given to the new calf, according to the park the two are doing just fine and they are giving April and the baby time to bond.

Check out the cute picture that the park posted on Facebook down below.