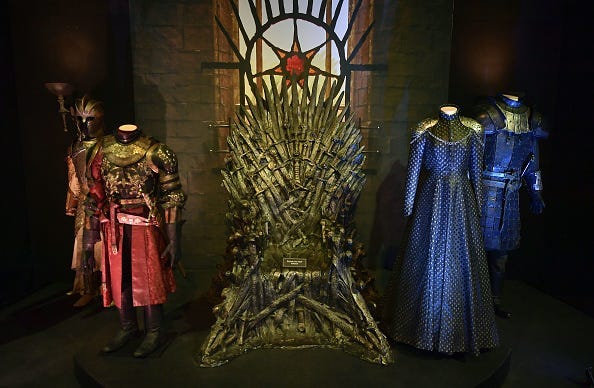 We lost some of our favorite characters during last weeks Game of Thrones. The episode "The Long Night” featured one of the largest battle scenes in the entire series.

Now you can get an up-close look at one of the most famous weapons from the battle of Winterfell. Arya’s dagger “Catspaw” is just one of the many props and replicas from the hit HBO show that is currently on display at the Cushing Memorial Library at Texas A&M.

The University tweeted out a picture of the dagger

Arya Stark's dagger "Catspaw" was on display last night during the #BattleofWinterfell! Today, the dagger is on display in Cushing Library! #GameofThrones #tamu pic.twitter.com/MC6W3t3H4x

Author George R.R. Martin has built a close relationship with the university since he started attending AggieCon, the annual science fiction and fantasy festival and convention, back in the 1970s.

As part of the Library’s Science Fiction & Fantasy Collection the university has a replica of Brienne’s sword “Oathkeeper” on display along with nearly 50,000 other pieces of Martin's collection that includes "Game of Thrones" weapons, 1,300 copies of books in different translations, and lunchboxes.

Rumor has it that Martin promised the university one of the Iron Thrones.