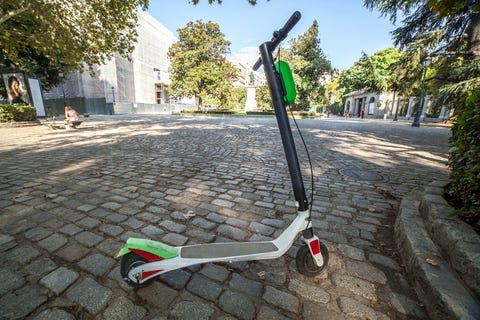 Electric scooters have slowly taken over North Texas, and just about every major city in the U.S. to the point that everyone is fed up with them. First, it was bikes being left everywhere, how did it come we end here?

Now, one brewery has come up with a way to say how everyone feels about all these scooters.

Over the weekend Hi Sign Brewery Down in Austin, Texas held a launch party for three new beers they’re releasing. One of which is called the “No Scooters Double IPA”.

According to the owner of Hi Sign brewery Mark Phillippe, the name was just a lighthearted joke poking fun at something relevant. "You know, we like to have fun with our beers. So, every label that we can come up with, we try to make something that's relevant and relevant to the beer and relevant to the city that we brew in."

For Hi Sign, creating a unique new brew comes first, and then a creative name comes second. "We just want to make great beer for people, and if we can incorporate something local and topical and get people talking, even better."

We might not agree on the same type of beer, but we can all agree that electric scooters are annoying.