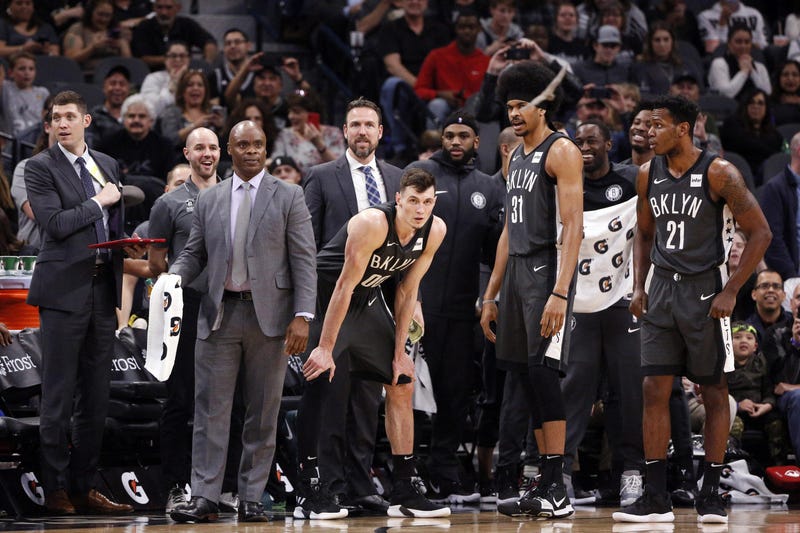 We have a wide range of animals here in Texas. There even a few roaming around our major cities in DFW. From bobcats in Plano to coyotes in Frisco, we have em’ all.

The other night during the San Antonio Spurs-Brooklyn Nets basketball game, bats invaded the court. With more than seven minutes to go in the first quarter, officials were forced to delay the game due to the flying mammals.

While players were on the bench, they attempted to shoo the bats away with their towels. One staff member soon came out to the court and tried swatting the bats with a pool skimmer. Check out some of the videos taken down below.

Bats taking over #Spurs #Nets ... game is stopped as they attempt to catch them #NBA pic.twitter.com/FRK13xJng9

Spurs fans started a Manu chant after Bats took over the court 😂 pic.twitter.com/kzIaASORoi

While the bats were flying around the court, fans started chanting, “Manu, Manu, Manu!” Referring to a previous time when bats invaded the AT&T Center back in 2009. That time Spurs player Manu Ginobili actually swatted a bat out of midair during a game.

The bats were eventually rounded up after the game was delayed for more than three minutes. You could say that bats bring good luck for the San Antonio Spurs, seeing how both times when they’ve shown up the Spurs win.