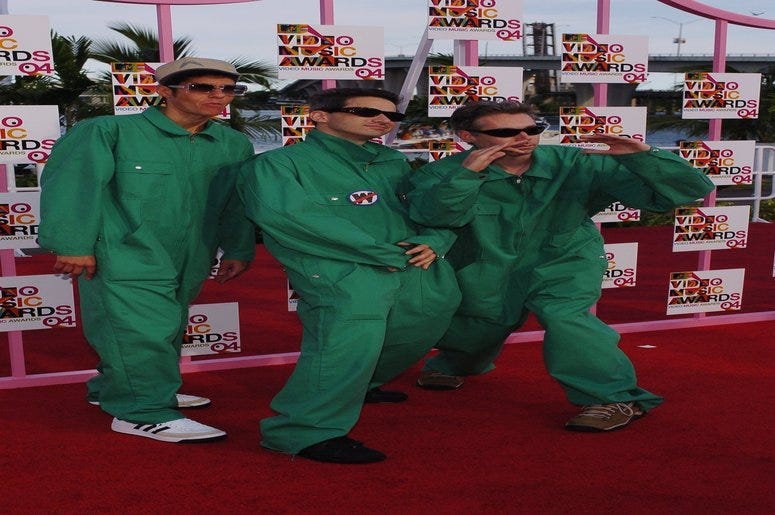 There aren’t too many chances these days to see the Beastie Boys live. While the group has upcoming shows in New York and Philadelphia, Mike D and Ad-Rock aren’t on the road as much as they used to be. Luckily, the two rappers recently announced they are teaming up with director Spike Jonze to film their upcoming book tour shows.

During an interview at South By Southwest, the Beastie Boys announced they would be filming both of their upcoming shows promoting their new book. Both Mike D and Ad-Rock discussed how they felt they had missed an opportunity during their show in Los Angeles, and decided to film their next two stops in order to give more fans a chance to see their book promotion show.

Getting to hear Adam Horovitz and Mike Diamond talk about Yauch, their time in the Beastie Boys, and the new book/film project was the highlight of SXSW. They were hilarious. pic.twitter.com/sKszV2fZVF

According to Mike D, “We wrote this book and instead of going to book stores and us readying chapters, which probably would’ve kind of sucked, we did these shows where we were onstage, coming together.” Once they realized they had something different and special, they decided to team up with Spike Jonze to film this production and have it reach even more people.

i’m soo amped for round 2!!!! i really didn’t get enough the first time around. see u again soon @beastieboys ✨ pic.twitter.com/7hnzbDRZCd

There has been no announcement yet about how the footage would be used, or made available, but the chance to see the Beastie Boys has fans excited. The group will record their New York and Philadelphia shows on April 5th and April 8th. Tickets are on sale now for the show.