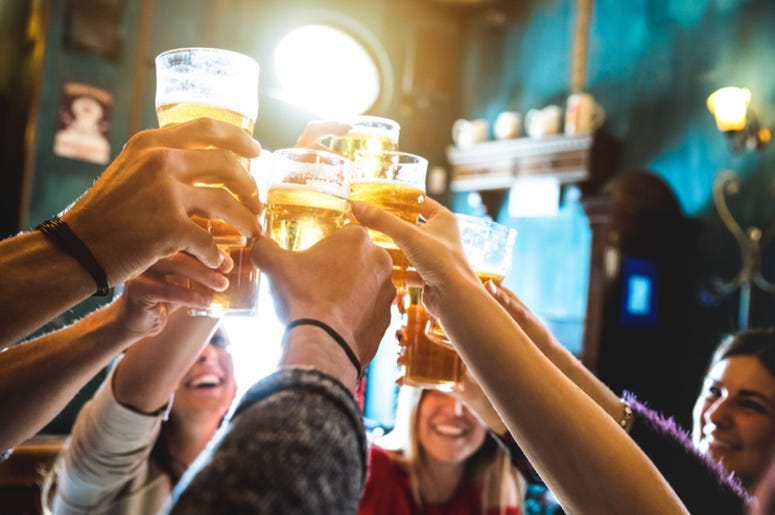 Looking for a good excuse to go out and have some fun on a Sunday? Luckily, some consider today to be National Beer Day, which means there are plenty of alcohol deals around to enhance your Sunday fun day. National Beer Day may not be recognized as an official national holiday, but that doesn’t stop beer enthusiasts from celebrating their day every April 7th.

National Beer Day first started back in 2009, but the roots of the day go back 86 years. April 7th marks the day in which a new federal law allowed beer containing less than 3.2% alcohol to be sold. This was the first legal alcohol allowed since the prohibition era.

Of course, the holiday has grown in the last few years, as there are now social media pages dedicated to the holiday, and a number of bars and beer companies giving customers deals to celebrate. Some of the biggest names, from Bud Light to Lyft, along with local pubs and breweries, will be dishing out deals for cold brews all day.

In honor of #NationalBeerDay, Bud Light is offering #BeerMoney to help pay for brewery tours—whether it’s a Bud Light brewery or not! Head to https://t.co/skZZPLPAg1 for more info. pic.twitter.com/1L6bDuaRn5

On National Beer Day, raise a glass to more than 7,000 small & independent craft brewers in the U.S. What a great time to be a beer lover 🍻#nationalbeerday pic.twitter.com/8CJIPiYrXC