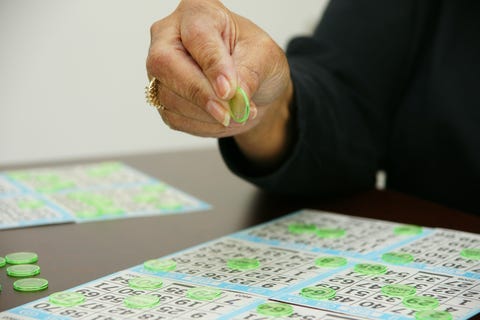 Say what you will, but the elderly can get a little carried away when it comes to a game of Bingo.

On Tuesday, Police in Rideau Lakes, Ontario Canada responded to a physical altercation at a long-term care facility. Apparently, two women ages 79 and 86 wanted to sit in their usual seat during a game of Bingo. Their argument progressed as neither would back down, claiming that the seat was theirs.

Things escalated when the two ladies got physical with one another, soon after other residents got involved turning the situation into a brawl. At this point, the police were called out to assist the nursing home.

Once officials arrived the seniors started to settle down. According to police spokeswoman Sandra Barr "It was certainly an unusual call for us." Fortunately, no one was injured, the paramedics weren’t required and no charges were filed.

Talk about an interesting day at the nursing home. It’s unclear if the Bingo was postponed or not. Can you imagine being charged with starting a fight at a Bingo parlor?