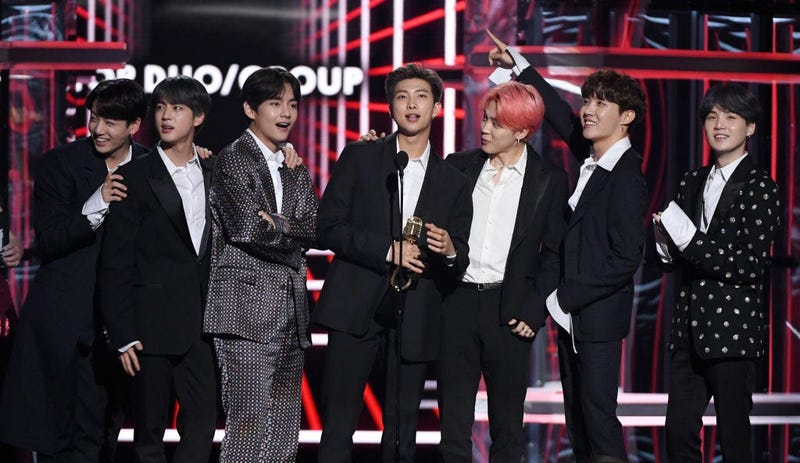 The latest boy band taking the world by storm is K-Pop group BTS, and what better place for a boy band to appear than The Late Show?

BTS paid tribute to The Beatles as they performed on the same stage as and the iconic band. To help pay tribute Stephan Colbert slicked his hair back to look more like Ed Sullivan, while all seven members of BTS wore suits like The Beatles.

Check out the groups intro down below, Colbert referred to all of them as “the cute one”.

Everything about the group’s performance was a callback to the time The Beatles performed on the Ed Sullivan Show. The stage was designed to look like it did back then with a drum set right in the middle, BTS’s performance was even shot entirely in black and white.

You can check out their whole performance of ‘Boy with Luv’ down below.