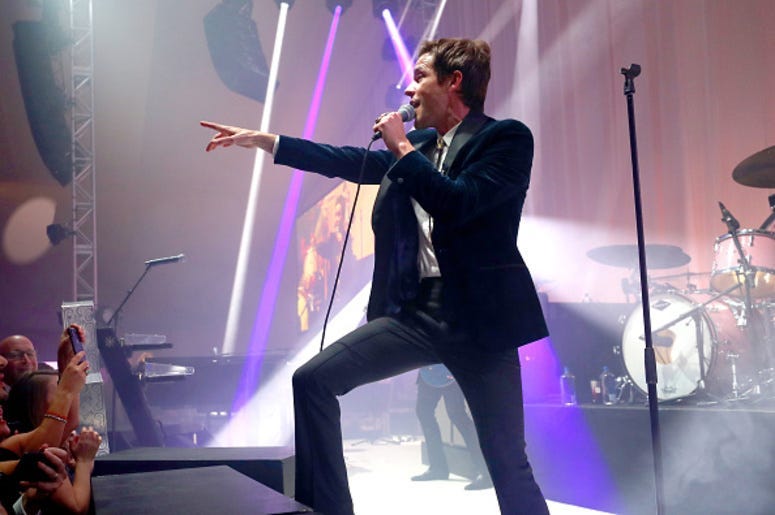 The Killers’ frontman, Brandon Flowers, took part in a charity event honoring the late lead singer of Joy Division, Ian Curtis. Moving Through The Silence, a charity event paying tribute to Curtis was livestreamed on Monday. During the event, Flowers discussed the impact the band, and Curtis, had on him musically.

Ian Curtis, who died 40 years ago on Monday, was a huge influence on Brandon Flowers growing up, helping to shape his musical stylings. ““As I got older and more invested in music, I traced that New Order lineage back to Ian Curtis and Joy Division. This unparalleled, stark, beautiful, primitive, soulful music: it had a profound impact on me, just like it did many others,” said Flowers in a video message recorded for the tribute.